CABC has found 51 'suspicious' accounts perpetuating RET narratives, many of which are dedicated to retweeting. They seem to be paid for, a new study reveals. 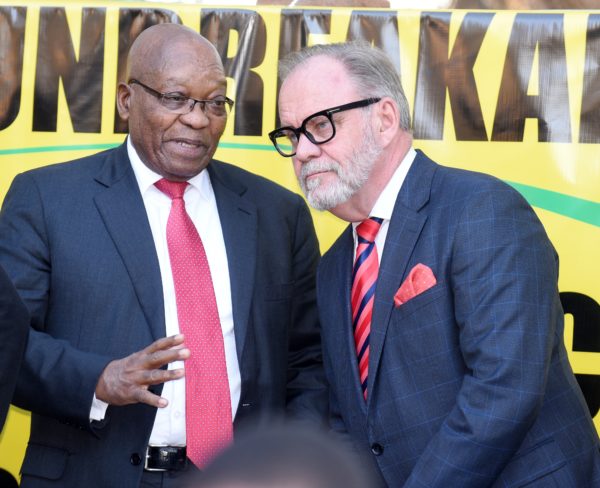 A company that monitors tweets to find the hidden actors and truths behind them recently made a project of how the radical economic transformation hashtags and narratives are staying on the trends lists.

Their findings echo some of what was happening back in the days of Bell Pottinger’s paid campaigns to popularise the white monopoly capital narrative as a distraction from the misdeeds of the Guptas and their supporters.

Bell Pottinger used paid influencers and Twitter bots to keep the WMC narrative boiling over but the company had to shut its doors ignominiously when they were exposed for fuelling racial tension in South Africa.

Due to the intense nature of the RET narrative, CABC decided to make the RET forces the focus of their next report.

In March, the ANC’s National Executive Committee (NEC) banned its members from associating with the RET movement.

CABC says the debate around RET is much needed, especially in light of inequality in South Africa.

However, CABC says the idea of RET is currently being abused by “a handful of political elite seeking personal benefit”.

They began to gather evidence around this and found the language of RET being used by “a coordinated network to establish credibility, build an audience and promote a perception of social consensus around support for members of the RET Forces”.

After sifting through tweets and analysing the terminology used, a keyword list was generated. This list generated a data set that found 101,854 mentions in March alone.

CABC has since identified a sub-narrative promoting content found in the ruling party’s RET forces faction.

Who is tweeting RET?

CABC found 51 “suspicious” accounts, and put them through their internal analysis and visualisation tools.

This found the RET narrative was being “persistently engaged with by a limited group of accounts”.

“The common theme we’ve identified through our research is support for a number of public figures facing corruption charges and criticism of those affiliated with the effort to prosecute them.

“Engagement with this narrative thread is characteristic of every account in the online RET network. RET is a multi-faceted, highly topical narrative.”

“These two individuals are worth mentioning because, as journalists, their status and distribution platform are helping the online RET network amplify its voice.”

CABC found the main message perpetuated by the accounts in question was to “defend Zuma and his allies, [and] attack their critics”.

This account is active seven days a week, between 5am and 2am, averaging one tweet every seven minutes.

11% of the account’s posts are retweets, and 89% is original content.

CABC emphasised the account’s posts suggested much planning, due to them being carefully constructed, and not “hastily written or sloppy”.

Although CABC does not have “absolute proof”, they say that, in their experience, it is unlikely this account is being run by an independent, unpaid individual.

“The weight of this evidence, together with our prior experience in narrative manipulation, leads us to believe that this is a professionally run account.”

CABC said @_AfricanSoil is at the centre of the network, and interacts regularly with many other accounts.

Another account on CABC’s radar is @Gentlements, but “to a lesser extent”. 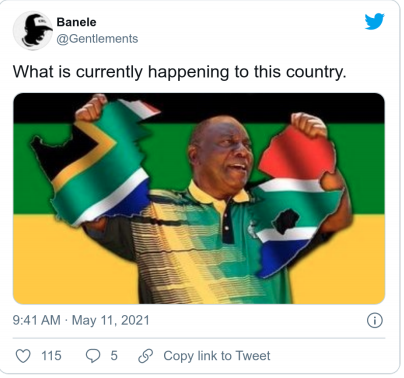 CABC said the illusion of a false social consensus masked as a public relations campaign to the public is known as “astro-turfing”.

They explained this strategy cannot be effective without “an aggressive retweet strategy”.

When people are duped into thinking the inner accounts of the network are being supported, this creates an illusion tricking users into thinking a “real conversation is taking place”. In reality, it is an orchestrated campaign.

Accounts in the RET forces network average 92 tweets a day, mostly tweeting late at night and before dawn.

100% of the 3,200 tweets analysed were retweets, which CABC explained ensured constant dialogue within the RET network.

“The amount of time needed to publish this much narrative-specific content suggests professionally run influencer activity”.

CABC said influencers being paid to market certain narratives is not the issue. It becomes an issue when such content is not declared as being paid for, especially when it comes to political influence.

Political influencers who do not disclose paid content are a “direct threat to what lies at the heart of democratic integrity”.

“It presents a threat to a healthy polis,” CABC explained.

Misleading the public and tricking them into thinking political dialogues on social media are genuine, when in fact they are paid for, causes irreparable damage to the political landscape of South Africa – especially during a fully-fledged pandemic.

The problem is exacerbated when radical economic transformation, a topic that must be discussed productively in South Africa, risks being hijacked, just to secure political power, CABC said.