Agrizzi can’t stand trial without getting his Covid-19 vaccine

ID spokesperson Sindisiwe Twala said the case was postponed for the State to determine whether the trial should be separated. 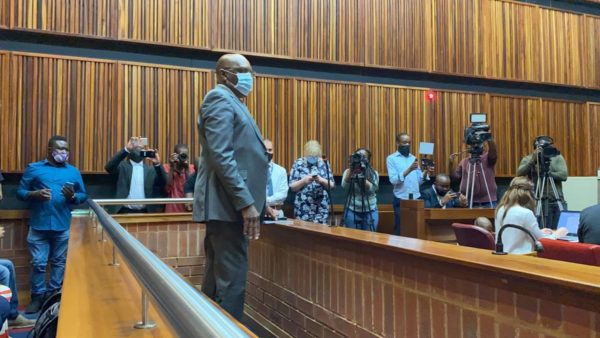 This after the National Prosecuting Authority’s (NPA) Investigating Directorate (ID) received a full medical record from Agrizzi’s doctors following concerns about his health.

Smith made a brief appearance in the Palm Ridge Specialised Crimes Court on fraud and corruption charges related to alleged payments he received from the corruption-accused company, Bosasa.

Agrizzi did not show up in court again due to ill-health.

ID spokesperson Sindisiwe Twala told The Citizen the case was postponed for the State to determine whether the trial should be separated.

“The determination should be made before 8 July 2021. When we return to court we should either bring an application or tell the court what we think is the best way to proceed with the case,” she said.

Smith’s legal team argued on Friday the delays in proceeding with the trial has been prejudicial to their client. They want the trial to be separated in the interests of justice.

Twala said the State received the medical report on Thursday and it does not state that Agrizzi is “completely unwell” and can not stand trial.

She said it appeared Agrizzi was also waiting to receive his Covid-19 vaccine.

“We were only furnished with the medical record yesterday [Thursday] afternoon. The medical record does not state that he is completely unwell and can’t stand trial. It’s saying that until he is vaccinated, he is a high risk.”

It was unclear when Agrizzi intends to get his Covid-19 shot.

In March, the case was postponed after Agrizzi failed to appear in court due to ill-health. The State requested a full medical report on his condition

Agrizzi had a heart attack in hospital on 21 October last year, a week after the Specialised Commercial Crime Court denied him bail.

He was later granted bail by the Johannesburg High Court in October. Smith was released on R30,000 bail.

Their bail conditions remained the same.

The pair are charged with contravening Section 7 of the Prevention and Combating of Corrupt Activities Act.

Smith faces corruption charges related to a CCTV and security system installed at his home in October 2014 and two payments totalling R671 000 to his company, Euro Blitz, in 2015 and 2016.

The payments were allegedly initiated by Agrizzi, who has been charged for his role in making the payments to the former MP.

Smith also faces fraud charges for his failure to declare the gifts in the parliamentary register of members’ interests.

READ NEXT: Gavin Watson ‘was a coward’ – Debbie Agrizzi