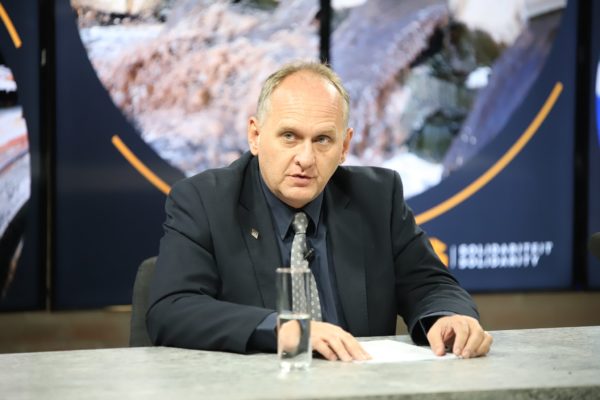 Trade union Solidarity will go ahead with a court application to review the decision to import Cuban engineers, as it was revealed that the Cubans will each be paid close to R1 million a  year, more than local engineers earn.

In a media briefing on Tuesday afternoon, the trade union said through its court application, it received the contract agreements between the department and the Cuban engineers which served to contradict earlier statements by Water and Sanitation Minister Lindiwe Sisulu.

These include the statement by Sisulu that the engineers had not signed employment contracts and were brought in for mentorship purposes.

Information received by the union was that some of the Cuban engineers had signed employment contracts, said Solidarity CEO Dirk Hermann.

ALSO READ: Sisulu finally explains why Cuban engineers are in SA, but court battle not over

They will be earning R300,000 more a year than South African engineers, he said.

“Part of the remuneration is extensive fringe benefits such as flight tickets for holidays to Cuba, furnished accommodation, food and telephone costs. This is despite the fact the minister publicly stated more than once that the Cuban engineers were not employed and would not receive a salary.

“Solidarity can also disclose the Cuban contracts show that they will indeed do engineering work and not merely act as mentors as the minister said.”

Water and Sanitation Department spokesperson Sputnik Ratau said in an opinion piece on Sunday that Solidarity had withdrawn its court application to allow for cordial interactions with the department.

But Hermann said following this new information, Solidarity would proceed with legal action to have the decision to employ the Cuban engineers reviewed.

“With this new information, Solidarity will proceed fully with the review application.”