So sophisticated was the Gupta family money laundering network of companies, that Jacob Zuma’s legal fees were paid from the proceeds of state capture. 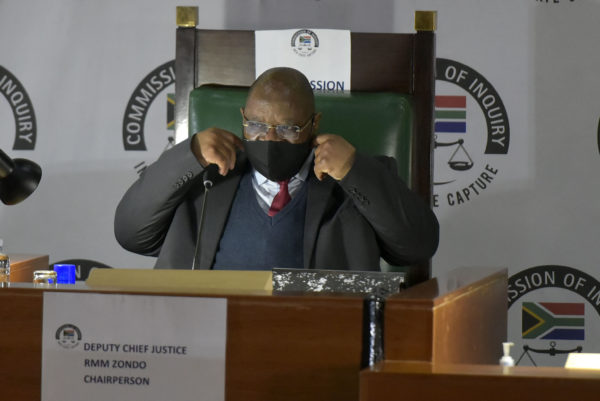 So sophisticated was the Gupta family money laundering network of companies, which drove the siphoning of billions of rands from the South African taxpayer, that Jacob Zuma’s legal fees – running into hundreds of thousands of rands – were paid from the proceeds of state capture, the Commission of Inquiry into State Capture heard on Tuesday.

Led by advocate Matthew Chaskalson during his testimony before Deputy Chief Justice Raymond Zondo, London-based nonprofit Shadow World Investigations researcher Paul Edward Holden, whose organisation has been tracking the flow of funds since the height of the Gupta state capture era in South Africa, gave a breakdown of various payments to Zuma lawyers.

ALSO READ: Zondo to ask for another extension of state capture inquiry

Holden said Kemp’s invoices matched transactions linked to Homix – among several offshore companies used by the Guptas as a conduit to launder money from SA during the Zuma presidency.

“Of the R200 000 paid in relation to Kemp J Kemp, R60 667 was paid to Kemp for representing Zuma in that particular matter. Attorney Michael Hulley, who briefed advocate Kemp, was retained by Zuma at a huge cost.”

The total contracts awarded to Gupta networks, he said, amounted to R57 billion – more than the previous under-reported figure of R49 billion.

“The total cost of state capture contracts payments made to Gupta enterprise[s] is just over R57 billion,” said Holden, with kickbacks to the Gupta enterprises also going up.

“The new number is just over R16 billion, all of which was drawn from SA funds. Once payments were received, they would be paid to various [laundering] schemes and extended internationally.”