Farmer dies in freak accident on his farm

The eyewitnesses said his jacket got stuck on the water cart and he fell, possibly due to the rocky area. 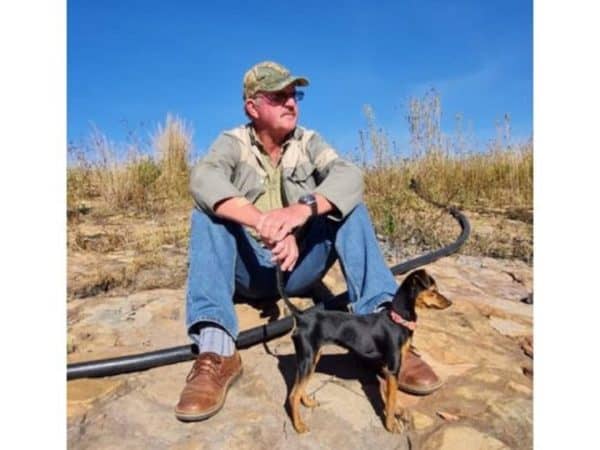 Van der Merwe and his dog, Fiela. The dog followed him around like a shadow. Picture: Middelburg Observer

A farmer from the Dullstroom district in Mpumalanga died in a freak accident last Thursday when he fell between a tractor and water cart.

“It was a freak accident. They started a fire on Thursday and like my father, the water cart had to be shut off before the day. The tractor stopped and Van der Merwe got off to see how much water was still in the tank,” Grobler said they heard from eyewitnesses.

“The tractor started moving forward due to the amount of water in the tank. I think he thought of jumping up from behind so that the big wheel of the tractor would not hit him. So he climbed between the tractor and the water cart.”

The eyewitnesses said his jacket got stuck on the water cart and he fell, possibly due to the rocky area.

The workers found him sitting in a squatting position when they ran to his rescue.

“He wanted to get up and they helped him. He just said ‘Eish’ and collapsed.”

Van der Merwe was a well known and much loved farmer in the area.

“He lived for his family. He loved his two grandsons very much. He was an absolute gentleman and nothing was ever too much for him to do for others. ”

Van der Merwe lived and farmed in the area all his life.

Gerhard Delport, the Afriforum Neighborhood Watch leader, described him as a man with a big heart.

“This was his world. Everyone knew him well. He always helped where he could.”

Van der Merwe is survived by his daughters, Janine and Rieks, son-in-law Louis, and grandsons Henco, seven, and Jano, four.