One of the suspects was a police officer from the Zonkezizwe Police Station. 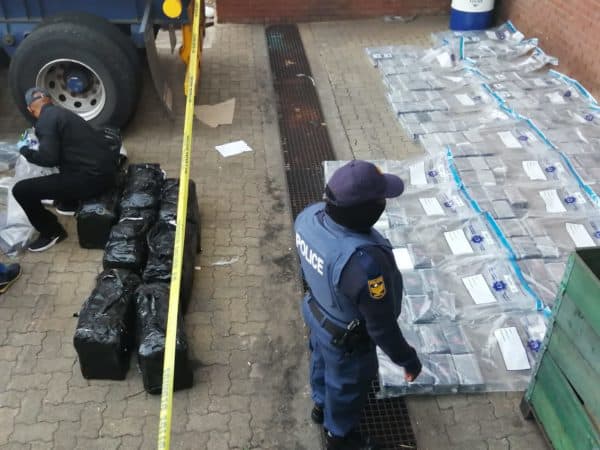 Members from the South African Police Service (Saps) in Booysen responded to a complaint of a suspected hijacked cargo truck in Johannesburg, containing cocaine worth R200 million.

Upon interviewing the driver of the bakkie, it was discovered that he is a police warrant officer attached to Zonkezizwe Police Station and that the bakkie is a State vehicle.

He was placed under arrest on the scene together with his three accomplices, another police warrant officer attached to National Investigative Unit, a Gauteng chief traffic officer and a civilian.

It is reported that the cargo truck which was travelling from Durban Harbour was followed by the suspects’ vehicles from N3 near Leondale to its destination at an Aeroton warehouse.

At the warehouse, suspects removed the consignment from the truck and loaded it into the bakkie. On-duty police officials intercepted the suspects’ vehicle as they were about to flee the scene.

The suspects, aged between 35 and 42, will be appearing in the Booysens Magistrates Court facing charges that include robbery, dealing in drugs and defeating the ends of justice on Monday, 12 July 2021.

Need an ID for elections? Home Affairs to extend operating hours
15 hours ago
15 hours ago

Need an ID for elections? Home Affairs to extend operating hours
15 hours ago
15 hours ago