Hyundai out to cut Toyota’s lead at WRC in Belgium

Plenty of action expected at the WRC in Belgium as Hyundai tries to close title race gap on Sebastian Ogier. 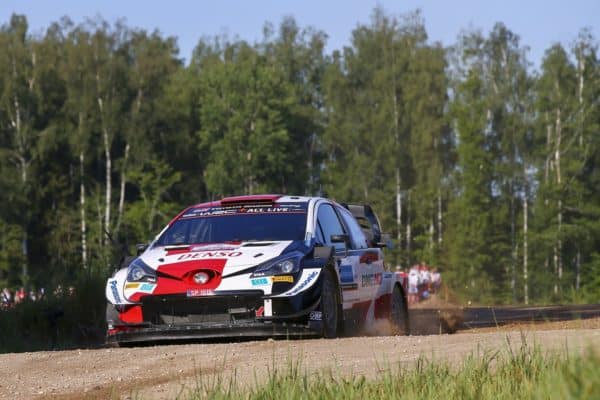 It’s back to tarmac this weekend for the eighth round of the 2021 World Rally Championship (WRC), the Renties Ypres Rally Belgium. And it should prove to be one of the most hotly contested races this year.

With only five more rallies outstanding the battle for both the driver’s and the manufacturer’s championship is really hotting up. Toyota Gazoo Racing WRT is ahead in both categories, but following a second and third position podium finish in Estonia a revitalised Hyundai Shell Mobis WRT will be pushing hard to reduce the deficit.

This is the first appearance for Belgium on the WRC calendar making it the 35th nation to host a round. And it also makes it a home event for the Hyundai crew of local hero Thierry Neuville (96 points) with co-driver Martijn Wydaeghe. Neuville has competed on the Renties Ypres Rally Belgium no less than seven times. In 2019 he won the Ypres Rally Masters, an event for current World Rally Championship cars, making him the only driver to have tackled these stages in a modern WRC car.

The man to beat

Neuville was quoted as saying “I think I could be the favourite, I have experience of the event, even in my younger years I was participating, but it’s still going to be a really challenging event to win”.

“The weather, I think we can still expect it to be mainly dry in August, but it can be mixed and if it is wet then running third on the road is not the best place,” he added.

Neuville will be out to climb higher on the podium after five 3rd positions from seven rallies this year. The Belgian is backed by Ott Tänak (74 points) and co-driver Martin Järveoja, a team definitely looking for a better result having only finished on the podium this season. In turn, they will be backed by the very quick Irish crew of Craig Breen (42 points) and Paul Nagle who took their i20 to a fine second spot in Estonia. Breen has competed several times in Belgian and was the outright winner of the 2019 Renties Ypres Rally. With his outright speed this weekend could be his first WRC victory.

The 108 entries face narrow and twisty asphalt farm lanes, lined by drainage ditches and intimidating telegraph poles. There are lots of very fast straights with tight junctions which means many cut corners and every cut results in mud and debris being dragged onto the road creating a slippery surface which deteriorates with every off road excursion. Unusually running at the front of the World Rally Championship field could actually favour the top runners, who normally face the unenviable task of sweeping the roads.

This must suit the Toyota Gazoo Racing crews of reigning champion and current championship leader Sebastien Ogier (148 points) with Julien Ingrassia alongside and team-mate Elfyn Evans (111 points) and Scott Martin who will lead the field on day one. Kalle Rovanpera (82 points) with co-driver Jonne Halttunen, fresh from their maiden WRC victory last month, will be out to prove it was no flash in the pan.

Takamoto Katsuta (66 points) lines up the fourth Yaris WRC, but this time with Keaton Williams in the hot seat, as regular co-driver Dan Barritt is still recovering from his neck injury after a heavy landing in Estonia.

The competitors face 949.49km with 20 special stages covering 295.78km. Eight special stages of 135km follows the Friday morning shakedown, a change from the normal itinerary, before the overnight halt at the central service park located in the beautiful Grote Markt in Ypres town centre. Saturday’s schedule is a further eight stages totaling 119.92km. Sunday the event moves 300km to the east for the final four special stages including the Spa Francorchamps race circuit which hosts the closing Wolf Power stage.

None of the drivers from Toyota Gazoo Racing WRT (315 points) or M-Sport Ford WRT (256 points) has competed on the Belgian roads and face a difficult challenge against the more locally experienced Hyundai Shell Mobis team (125 points). It should be one of the hardest and most exciting events of the year.

To see the points table for drivers in the World Rally Championship, click here.