While some continue to drag her, telling her to apologise to Rowland for the comments, others have criticised the body-shaming comments on Mdoda. 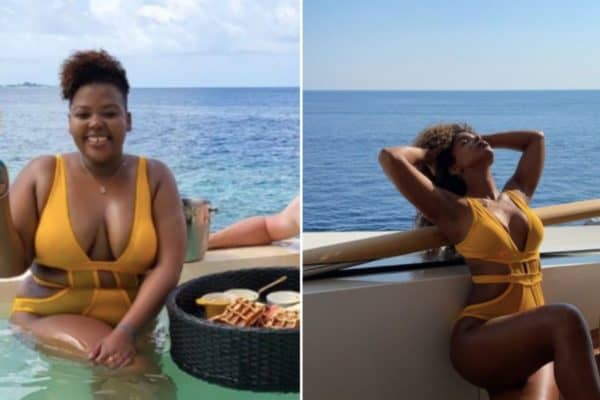 As her supporters continue to defend her on social media, Anele Mdoda says she is not bothered by comments on her looks as they were never her “currency” to begin with.

The radio personality has been trending on social media after American singer and former Destiny’s Child band member Kelly Rowland shared an image of herself while on holiday in Italy, wearing a swimsuit similar to one that Mdoda wore during her Maldives holiday in August.

Mdoda landed herself in hot water on social media following her comments on Rowland’s appearance in 2019 and has been subject of criticism since, with her name trending every time Rowland shares an image of herself on social media.

Now Americans have also caught on the trend of dragging Mdoda.

While some continue to drag her, telling her to apologise to Rowland for the comments, others have criticised the body-shaming comments on Mdoda.

But Mdoda says she is not bothered by comments on her looks.

“Don’t worry about me and whether I am worried on how you think I look world, I say world because clearly I am that much of a big deal. The only time I will be hurt is when you say I am not great at my job and as we all know… not one of you can say that. Happy weekend,” tweeted Mdoda on Friday.

“…the day you can honestly tell me I’m not great at broadcasting is the day I cry real tears… till then… looks were never my currency hence I can’t be bothered what you think I look like. I think that’s what bothers you… that when it comes to broadcasting… Anele never puts a foot wrong. Please beat me there. Looks are objective like my opinions on beauty or less there of.”