Sharks coach Sean Everitt has revealed the flank-cum-hooker has been a target of Scotland's since 2018. 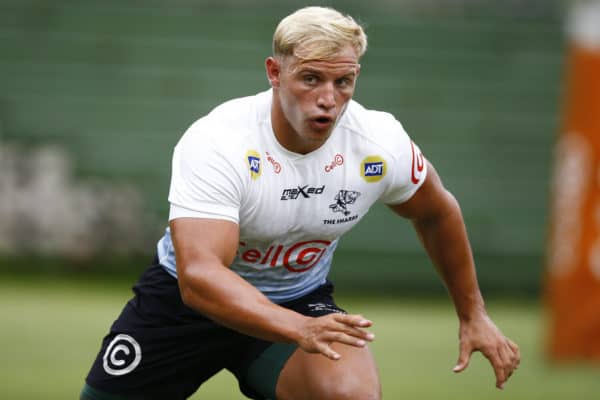 Dylan Richardson of the Sharks has been called up to the Scotland team. Picture: Steve Haag/Gallo Images

Dylan Richardson’s inclusion in the Scotland squad for their Autumn Internationals may have surprised many people, but according to Sharks coach Sean Everitt, the doors have been open overseas to the barnstorming flank-cum-hooker since 2018.

Richardson, although he was born in Durban, qualifies automatically for Scotland because his father was born in Edinburgh, unlike Schoeman, who has had to serve a four-year residency qualification.

But Everitt revealed on Thursday that the Scotland Rugby Union have had their eyes on Richardson for as long as Schoeman has been playing for Edinburgh.

“Scotland have been watching Dylan for the last four years. They actually approached him in 2018 to play in the World Cup. So a move was always on the cards,” Everitt said of the Kearsney College product.

“It’s a good career-path for him but always sad for South Africa to lose a player with great potential, especially at such a young age. We wish him all the best though and support his move.

“It’s a massive win for us that he is still contracted to the Sharks until 2024 because we hate losing home-grown players to other countries. He can now bring that international experience back to us.”

The 1.84m, 110kg Richardson plays a wonderfully direct brand of rugby and his feistiness has ruffled the feathers of a few opponents back home. Little wonder he has earned the nickname “Thor”.

Everitt went so far as to draw comparisons with a great Springbok who he coached at Kings Park at U21 level in 2011-12.

“Dylan’s contribution to our team is immense. He has such a high tackle and work-rate, he’s a strong ball-carrier and good on the ground. It’s just the number of contributions he makes, he’s like a young Pieter-Steph du Toit. He has a massive engine and he can play for 80 minutes,” Everitt said.

“That’s Dylan’s gift that he can go hard for long periods of time. He’s going to be a massive positive for Scottish rugby.” 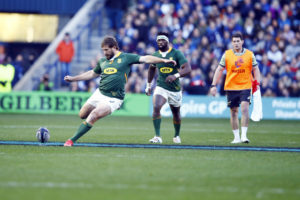 'We took our opportunities,' says Kolisi after Boks' win against Scots
3 weeks ago
3 weeks ago 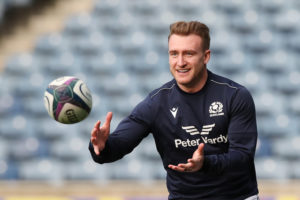 Boks are 'unbelievable team, but they have weaknesses,' says Hogg
3 weeks ago
3 weeks ago 'We took our opportunities,' says Kolisi after Boks' win against Scots
3 weeks ago
3 weeks ago

Boks are 'unbelievable team, but they have weaknesses,' says Hogg
3 weeks ago
3 weeks ago