Bheki Cele said the fact that we 'can now count' the number of political killings in KZN shows an improvement. 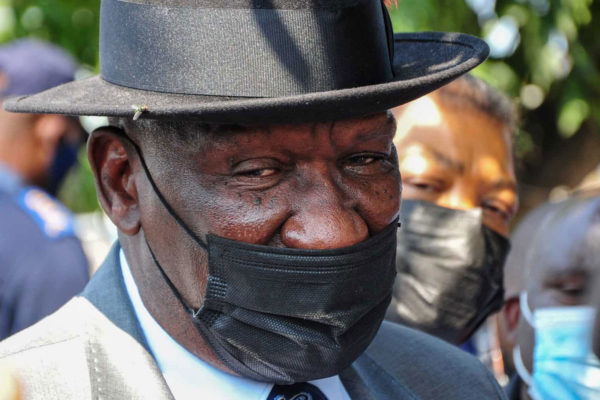 Police Minister Bheki Cele praised the task team in KwaZulu-Natal for curbing the number of political killings in the province.

Speaking to reporters at the Electoral Commission of South Africa result centre after the announcement of the local government election outcome, Cele said the number of political killings decreased since 2018.

He said 284 arrests have been made since then. Nine criminals are currently serving life sentences.

Meanwhile, 22 have been imprisoned for periods ranging from 10 to 50 years; 69 are currently in custody.

When it was remarked that political killings have increased lately, Cele disagreed. He said 2011 was the worse, as well as the period between 2016 and 2018.

Reporting in July 2016, then minister of police Nathi Nhleko noted the country had 25 politically motivated violent crimes, with 14 such cases being murder and attempted murder.

Cele said the fact that we “can now count” the number of political killings shows an improvement.

“There was a time we could not count [how many were killed]”.

“Every day somebody [was] shot. I think the police have done a very good job. It’s a team that has been dealing with the political killings since 2018.”

The task team was established three years ago when the number of killings in the province increased.

Back in October, an ANC member – former deputy chairperson and member of the provincial legislature, Zibuse Mlaba – was murdered in KwaZulu-Natal in a suspected assassination.

The ANC confirmed Mlaba was killed in a hail of bullets while opening his office in Cato Ridge, west of Durban. The party’s spokesperson Nhlakanipho Ntombela said it was an assassination.

“Although the details are still sketchy at this point and the motive is still unknown, cadre Mlaba, 65, was shot dead in full view of the public and he died at the scene,” Ntombela said in a statement.