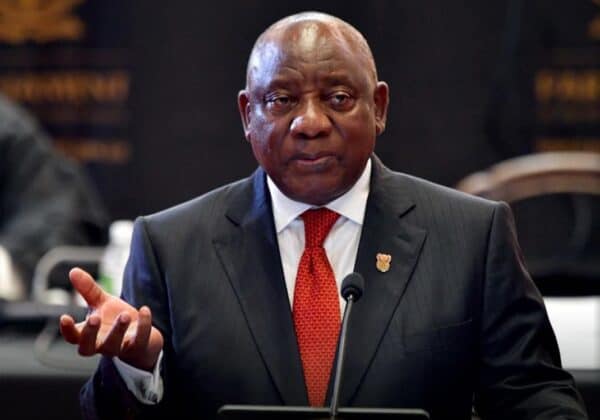 Ramaphosa confirms there was robbery at farm, but denies Fraser’s allegations

President Cyril Ramaphosa has denied allegations that he engaged in criminal conduct following a robbery at his Phala Phala farm in Limpopo in 2020.

The Presidency has responded to claims made by the State Security Agency’s (SSA) former Director-General Arthur Fraser.

The Presidency said it has been made aware through a media statement that Fraser has laid a complaint with the South African Police Service against Ramaphosa.

It said Ramaphosa is clear that there is no basis for the claims of criminal conduct that have been made against him in Fraser’s statement.

24-hour water shutdown in Joburg: These areas will be affected

Johannesburg Water has announced a Rand Water shutdown scheduled to take place from Friday, 3 June, due to the installation of a new non-return valve on pumpset 20 at the Vereeniging Water Treatment Plant and to tie in the newly installed F46 pipeline to the existing F34 pipeline.

The water supply to the Eikenhof Booster Station will be reduced by 50% and this will affect several areas in Johannesburg Water area of supply.

The duration of the shutdown will be for 24 hours, starting at 5am on Friday to Saturday at 5am. It will take approximately 3-5 days for the system to adequately recover after supply has been fully restored.

The Office of the Chief Justice on Thursday said an investigation into the alleged leaks from the Constitutional Court (ConCourt) to legal analyst Ismail Abramjee was close to being completed.

“It is contemplated that it will be completed by the end of next week or in a few days thereafter. The outcome will be made public,” the spokesperson for Chief Justice Raymond Zondo, Lusanda Ntuli, said in a statement.

This followed a preliminary investigation by the Office of the Public Protector into suspicions of maladministration or improper conduct by one or more unidentified employees of the ConCourt, for allegedly leaking information concerning pending judicial proceedings.

TT Thobane, the instructing attorney for accused one to four in the Senzo Meyiwa trial, on Thursday said they will be reporting Kelly Khumalo’s lawyer Magdalene Moonsamy to the Legal Practice Council.

This comes after Moonsamy accused Advocate Malesela Teffo, who is representing four of the five men standing trial for the murder of Meyiwa, of character assassination and defaming Khumalo.

During his cross-examination of Sergeant Thabo Mosia on Wednesday, Teffo said he had an eyewitness that would testify before the Pretoria High Court that Khumalo pulled the trigger that eventually led to Meyiwa’s death.

The Gauteng department of education has announced two more pupils have died in the province from poisoning.

In a statement on Thursday, the department announced the deaths of the siblings – a grade 1 boy and grade 2 girl – from Kaalfontein Primary School, who died on Tuesday after eating the poisoned meat.

According to MEC Panyaza Lesufi, while the children were at school, their grandmother sprinkled meat with rat poison and placed the container on top of the refrigerator, with the intention to, later at night, kill rats in the house. The grandmother then went to church.

Man acquitted, after allegedly ‘stealing’ back own car, impounded by SARS

Businessman Joaquim Alves of Ficksburg in the Free State was this week acquitted of theft, which he was accused of after marching into the local municipal pound in 2019 and retrieving his vehicle bearing a Lesotho number plate.

He maintained that it had been unlawfully seized by customs officers acting for the South African Revenue Service (Sars).

He was also acquitted of defeating and obstructing the administration of justice over the incident.

Alves says he has spent more than R1 million in legal fees on his case against Sars – all over a vehicle that cost R40 000.

Kaizer Chiefs have confirmed the termination of Dumisani Zuma’s contract, with a year still remaining on his contract.

In a statement published on the social media platforms, Chiefs stated that Zuma’s numerous disciplinary issues have led to the club letting him go with a year still remaining on his contract.