After the incident in 2020, security has since been improved around Ramaphosa's homes, the Presidency said. 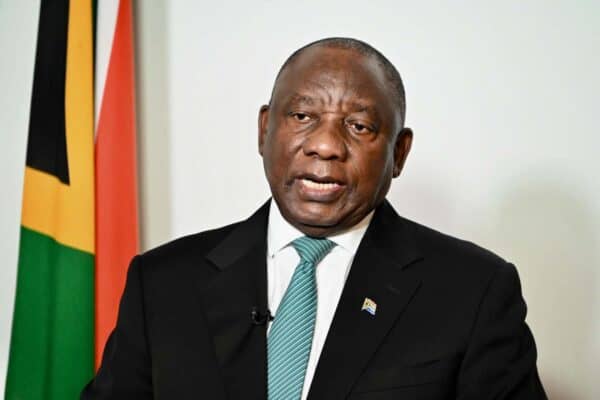 While there has been much public interest and concern about claims made in a criminal complaint against President Cyril Ramaphosa, his office on Saturday said he remains “firmly focused on the task of rebuilding the economy and the country”.

This followed a criminal complaint lodged this week by the State Security Agency’s (SSA) former director-general, Arthur Fraser, over the alleged theft of $4 million (R61.8 million) in cash at Ramaphosa’s Limpopo-based Phala Phala farm in 2020.

Fraser laid the complaint against Ramaphosa on Wednesday, accusing him of breaching the Prevention of Organised Crime Act by not reporting the robbery.

The Presidency on Thursday confirmed the robbery did indeed take place on or around 9 February 2020, in which proceeds from the sale of game were stolen. However, Ramaphosa’s office denied claims of criminal conduct on his part.

‘Ramaphosa not involved in any criminal conduct’

In the latest statement from the Presidency on Saturday, Ramaphosa reaffirmed that he was not involved in any criminal conduct, and once again pledged his full cooperation with any police investigation.

Ramaphosa’s newly appointed spokesperson Vincent Magwenya also confirmed that after the incident in 2020, security was improved around the president’s homes.

He said due to the possible investigation, the Presidency would not be in a position to engage further on the detail of the matters, and urged that due process be allowed to take its course.

“The president affirms his commitment to fighting corruption and professionalising law enforcement agencies to better serve and respond to public needs.

“He looks forward to the Presidency budget vote speech, which will be an opportunity for him to update the nation on the key priorities he outlined in his State of the Nation Address,” Magwenya said.

Meanwhile, the DA on Friday said it would write to the South African Revenue Service (Sars) and the SA Reserve Bank (Sarb), requesting an investigation into the alleged theft of $4 million in cash at Ramaphosa’s farm in Limpopo.

DA leader John Steenhuisen said the party would write to Sars Commissioner Edward Kieswetter, calling for a probe into whether the alleged millions of US dollars were declared, and whether it carries tax implications as per the Income Tax Act and Tax Administration Act.

Secondly, the DA would write to the Sarb to ascertain whether the sum of foreign currency pertained to an illicit flow of funds and potential money laundering on the part of Ramaphosa, as per the Currency and Exchanges Act of 1933.

While Steenhuisen said the DA did not want to get involved in the ANC’s factional battles, he said the robbery at Ramaphosa’s farm raised more questions than answers.

“The DA will not be pulled into the ANC’s factional battles, however, we still have a duty to the republic to ensure that even the president is not above the rule of law.

“There are many holes in this story that need to be filled,” Steenhuisen said in a statement.