Digital Vibes: SIU explains why it apologised to Mkhize

Kganyago said the SIU was working on the transcriptions as a matter of urgency and would be able to submit them by the end of the month. 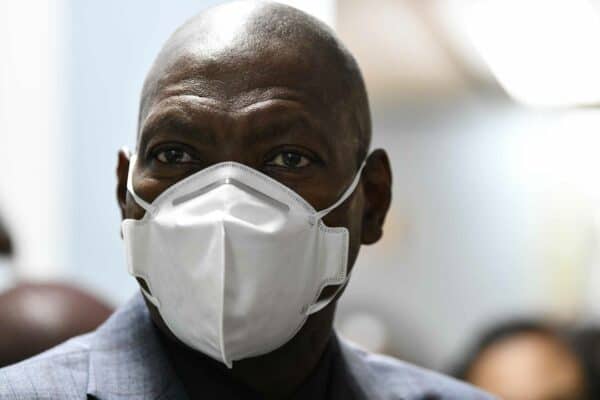 The Special Investigating Unit (SIU) says its apology to former health minister Zweli Mkhize over the Digital Vibes matter has been misunderstood.

This follows reports that the unit had apologised to the former minister over Digital Vibes.

While the SIU did apologise, it clarified that the apology was for failing to transcribe some of the recordings obtained during the investigation, and not the actual SIU report into the matter.

“What has basically happened is, when we did our report last year, the former minister came and did a review application with us in the High Court in Pretoria. We were expected to go out there and give documentation to them just because we are exchanging documents at this moment. People must be mindful of the fact that these are a lot of documents that are being exchanged and the deadline was the 10 June. We gave them the documents,” SIU spokesperson Kaizer Kganyago told Newzroom Afrika on Monday.

“At the last count, we were working at about 4,000 pages of documents. Some of the documents fell through the cracks and that is why we find ourselves in this situation where some of the documents were not done to be given to them. What we’re apologising about is a procedural matter and we wanted people to understand that it has no bearing on our report and no bearing yet on the review application.”

Kganyago said the SIU was working on the transcriptions as a matter of urgency and would be able to submit them by the end of the month.

The “apology for the inconvenience caused” related to the process issue and not to Digital Vibes matter itself, said the SIU.

Mkhize is preparing to approach the courts with an application to have the Special Investigating Unit’s (SIU’s) report into Digital Vibes’ R150 million contract with the Department of Health reviewed.

In his resignation letter last August, Mkhize told Ramaphosa that he would turn to the courts because the SIU had proceeded unfairly and produced a “flawed and unfounded report”.

“I write this letter to confirm formally that, on advice of my legal team, I will be instituting an application in the high court for the judicial review of the SIU report.

“The report and the findings made by the SIU are vitiated by what my legal team characterises as its misconduct during the investigation, comprising several identifiable and serious irregularities.

“Mr President, it is regrettably clear that the SIU worked with a predetermined outcome and a closed mind in the investigation, proceeded unfairly and reached a flawed and unfounded report,” Mkhize said at the time.

The former minister said that he had been unfairly treated by the SIU during their investigation into the Digital Vibes contract, which is similar to what his son, Dedani, has also repeatedly voiced.

He further said the SIU findings would not go unchallenged.

“I believe that it is important to allow a court to reach an independent conclusion concerning the legality of the SIU investigative process, and the conclusions and findings it made, since our engagements with them. The SIU’s conduct and conclusions cannot be ignored or left unchallenged.”