Methodist church, mosques do their bit to prevent crowds of more than 100

The MCSA called on its ministers to find creative ways of meeting congregants' spiritual needs. 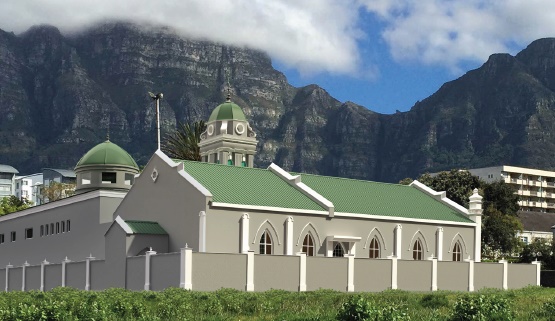 The Methodist Church of Southern Africa (MCSA) and the Muslim Judicial Council (MJC) have put similar measures in place for their spiritual services in light of the coronavirus pandemic.

The MCSA will continue to have Sunday services, but not with more than 100 congregants per gathering. Mosques in South Africa will also remain open but the MJC says Jumu’ah prayers on Fridays and daily congregational prayers will be restricted to 100 people per mosque.

This comes after President Cyril Ramaphosa’s announcement on Sunday that strict measures would be imposed in South Africa to curb the spread of the highly contagious virus which first emerged in Wuhan, China.

News24 previously reported that following a Cabinet meeting, it was resolved that there would be a travel ban from the following high-risk countries: Italy, Iraq, South Korea, Spain, Germany, United States, United Kingdom and China.

In addition, 35 land ports were closed and eight sea ports.

Other measures included the prohibition of gatherings of more than 100 people, the introduction of tracking, tracing and monitoring systems, and the consideration of a fiscal relief package to minimise damage to the economy.

MCSA Presiding Bishop Reverend Purity Malinga said in a statement on Monday that “services are encouraged to continue but with the following adjustments, as per government edicts, that no more than 100 people attend any given service and where possible, that social distancing is practised in the church and the high hygiene protocols be upheld”.

The MCSA called on its ministers to find creative ways of meeting congregants’ spiritual needs.

“We propose that the congregation be divided into groups of less than 100 where church building sizes allow and even less where they do not, and the number of services on Sunday be multiplied,” Malinga said.

In addition, ministers have been advised to access the latest information on Covid-19 and provide regular updates to congregants.

Where members tested positive for Covid-19, the church advised that a “call be made with the assistance of health authorities, for all affected members to self-isolate and be tested”.

Those handling holy communion were directed to maintain high hygiene protocols and use individual communion cups and to disinfect communion rails, pews and other surfaces.

Conventions and youth synods, however, have been postponed with immediate effect until further notice.

In addition, all combined Good Friday and Easter Sunday services were cancelled.

With respect to funerals, weddings and baptisms, ministers were directed to educate families about the need for fewer attendees.

“The number, as with all other gatherings should not exceed 100. The same has to be upheld with weddings. All baptisms must be postponed with immediate effect,” Malinga said.

The MJC has resolved that mosques should not be completely closed – neither for Jumu’ah (Friday prayers) nor daily congregational prayers.

“As much as the preservation of life and ensuring the safety of the community is our collective responsibility, we recognise the role of Jumu’ah as one of the important [public motifs] of Islam,” head of the Fatwa Committee, Mufti Taha Karaan, said.

“As long as it remains feasible to observe both these obligations – Jumu’ah as well as the civil duty to preserve life and health – neither should of necessity have to be sacrificed for the sake of the other,” Karaan added.

Mosques were directed to identify, list and regulate those who would make up the group of 100 individuals, by asking them to submit their names.

“In order to avoid confusion, the list of persons attending Jumu’ah at a particular masjid should be made publicly known well in advance of Friday. At the masjid, only these 100 persons will be allowed to enter the masjid,” Karaan said.