Ministers simplify Covid-19 regulations so authorities can easily implement them

Stakeholders at the meeting were also given guidelines for the sale of liquor, which is only permitted between 09:00 and 18:00 on weekdays and Saturdays. On Sundays and public holidays, the hours are 09:00 to 13:00. 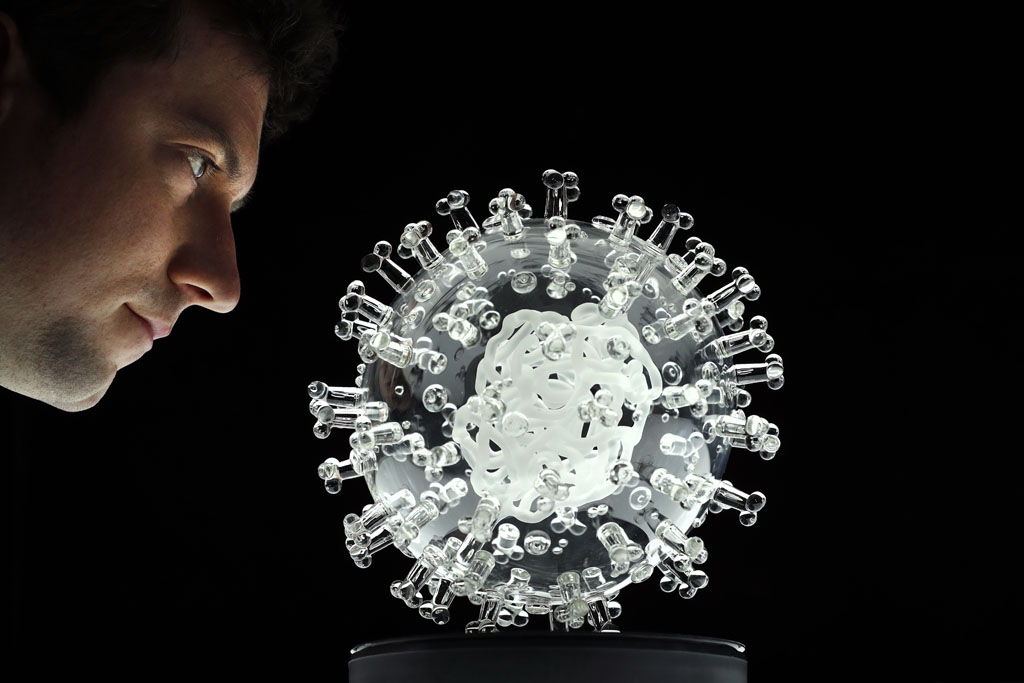 A glass sculpture entitled "coronavirus – COVID-19" created by British artist Luke Jerram is seen at his studio in Bristol, southwest of England on March 17, 2020. Jerram has created a coronavirus – COVID-19 – glass sculpture in tribute to the huge global scientific and medical effort to combat the pandemic. Made in glass, at 23cm in diameter, it is 1 million times larger than the actual virus. (Photo by ADRIAN DENNIS / AFP)

Also at the meeting were Gauteng Community Safety MEC Faith Mazibuko, national and Gauteng police management, officials in the tourism industry and the chiefs of metro police departments in Gauteng.

The meeting, led by the two ministers, was held to give clarity to various industries and stakeholders about the implementation of Covid-19 regulations.

Stakeholders were given guidelines on the ban on gatherings of more than 100 people and were informed that failure to adhere to this restriction, could lead to police doing the following:

• ordering the immediate dispersal of the gathering;

• taking appropriate action against the organiser/host/manager which may result in a fine, an arrest or both.

Stakeholders at the meeting were also given guidelines for the sale of liquor, which is only permitted between 09:00 and 18:00 on weekdays and Saturdays. On Sundays and public holidays, the hours are 09:00 to 13:00.

According to the new regulations during the national state of disaster, restaurants, hotels and grocery stores with licences to sell liquor, may sell and/or serve food with absolutely no liquor beyond those hours.

Another condition of staying open after the 18:00 and 13:00 deadlines, is that no more than 50 people, including staff, should be on the premises.

Meanwhile, on-consumption establishments selling liquor only, such as taverns, may not continue doing business after 18:00 and 13:00.

If these restrictions are contravened, members of the SAPS and other law enforcement agencies will address the owner or manager of the premises and charge him with a criminal offence in terms of the regulations.

Cele and Kubayi-Ngubane have warned members of the public against public drinking because it is a criminal offence.

Police have been instructed to take action against this practice, including activities such as “street bashes”.

Cele and Kubayi-Ngubane have also encouraged residents to fully cooperate with authorities and adhere to these regulations for their sake and that of the country.

For more on the novel coronavirus and other stories listen to our podcast here on SoundCloud.