We don’t know where she got it, says husband of Covid-19 victim

The country has started a 21-day lockdown to try to limit the spread of the virus, which is thought to kill between 1% and 4% of those it infects. 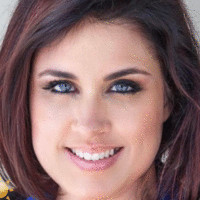 Western Cape Premier Alan Winde on Friday confirmed some of the details to eNCA about the two deaths in the province due to Covid-19. Both were women, aged 28 and 48.

Health Minister Zweli Mkhize had said in a statement on Friday morning: “This morning, we wake South Africans up with sad news that we now have our first deaths resulting from Covid-19.”

NEWS UPDATE: Confirmed cases of Covid-19 now at 1,170, but only one death confirmed

Winde expressed his sympathy with the families.

“As a country and as a province we mourn the deaths.”

Madeleine van Wyk, 48, was confirmed to have died on Friday morning in MediClinic Durbanville after being admitted to hospital on Monday, reports Netwerk24.

She is listed as having worked in the financial services industry and was reportedly a manager at Sanlam.

Her husband has said they were not sure where she’d picked up the virus. She started feeling sick last week and went to the doctor last Thursday for medication, which had no effect.

Mkhize said the 28-year-old’s death occurred at a public hospital.

“We will give more details later on, when we announce the latest confirmed Covid-19 cases, which have increased from yesterday’s number and have tipped the 1,000 mark.”

Mkhize had earlier this week said two cases were in ICU, while adding that the majority of infected patients were not showing bad symptoms.