The acting director-general of the Department of Health said at the moment there isn't a high demand for high care of Covid-19 patients. 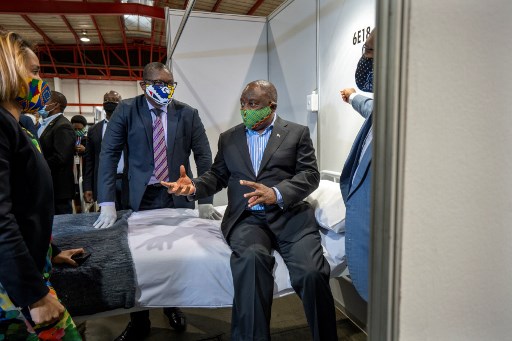 South African hospitals are currently not overwhelmed by the Covid-19 pandemic, acting director-general of the Department of Health, Anban Pillay, said on Monday.

Pillay said at the moment there isn’t a high demand for high care of Covid-19 patients.

“Our hospitals are currently not overwhelmed,” he said.

According to one of the graphs he presented to the committees, based on figures as at 25 April, 353 patients were in hospitals around the country, the highest being in KwaZulu-Natal at 143.

Mkhize said at the moment there also hasn’t been a lot of ventilator usage.

According to the department’s statistics, as at 25 April, 27 patients were on ventilators – nine in the Western Cape, eight each in Gauteng and the Eastern Cape and two in KwaZulu-Natal.

He added that there are 288 quarantine sites, with around 23 000 beds. Currently, around 207 sites are active, in line with demand.

People in quarantine are mostly those who can’t self-isolate, and repatriated citizens. Due to the latter arriving at OR Tambo International Airport, most of the quarantine sites are in Gauteng.