Mediclinic chief clinical officer Dr Stefanus Smuts agreed that there were initially 'slight delays'. However, the matter has been swiftly resolved. 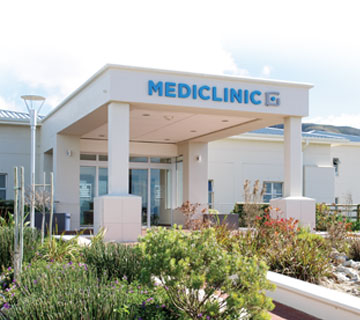 The privately-run Mediclinic in Limpopo has moved to allay fears that it was sloppy in communicating information on Covid-19 from its hospital in Polokwane.

This follows concerns raised anonymously by senior health officials in the province that the hospital’s management was not following guidelines and procedures in reporting on Covid-19.

A meeting was held between the management and health officials last week.

Mediclinic chief clinical officer Dr Stefanus Smuts agreed that there were initially “slight delays”. However, the matter has been swiftly resolved.

“To facilitate reporting, the Limpopo Department of Health has provided a standard reporting template, which is completed once on a daily basis by the infection prevention and control manager.

“While initial reporting was slightly delayed on weekends, these matters were swiftly resolved,” Smuts said.

Smuts said they currently enjoy an open relationship with the Limpopo health department, and are in direct personal contact should any information be requested from either party.

Although he did not provide statistics, Smuts said the hospital has conducted numerous screening and tests on members of the public. He said no positive results have been recorded at the hospital so far.

He said healthcare workers at the facility are performing their duties under policies and procedures developed to prevent exposure and infection.

The concerns by the provincial health officials followed the first death reported in Limpopo at the privately-run Netcare Pholoso Hospital. The 69-year old retired lawyer, who was said to also suffer from an underlying disease, died a week ago.

Another death was reported in the Sekhukhune district of a 55-year old man. He died at the surgery of a private medical doctor, where he was rushed after his condition worsened.

It was determined through the post mortem that he died of Covid-19. The surgery has since been closed.

Health MEC Dr Phophi Ramathuba said the man had been working in Cape Town in the film industry, and was driven by his son to Limpopo when he fell ill.

While at home in Sekhukhune, his condition worsened and he was taken to a private medical consultation room where he died, Ramathuba said.

Addressing the media, Ramathuba also claimed some political parties were instigating stigmatisation and harassment of people who tested positive for Covid-19.

This was after a woman whose husband died of Covid-19, and she later tested positive, was seen at a busy shopping mall in Lebowakgomo.

The DA at the time condemned Ramathuba for alleged lack of consistency and transparency in enforcing health regulations regarding self-isolation.

In the past, two medical doctors, who were in self-isolation, were forcefully taken into a quarantine site in Modimolle.

The Limpopo High Court has since ordered their release from the site, and they have now been found to be negative.

Ramathuba said: “In Lebowakgomo, we have seen communities mobilising and some political parties instigating communities to rise against an elderly woman who tested positive following the death of her husband.”

But DA provincial leader Jacque Smalle said: “We believe that it is important to treat all cases, without exception, according to the prescriptions of the lockdown regulations.”

However, Ramathuba said local transmission of Covid-19 was not the challenge: “Interprovincial transmission remains a problem. As factories will be opening at 50%, we are going to see many travelling across provinces, which will be high risk.”