'We want the report to tell us what Netcare did not do to prevent the infection. Now they come and tell us what we know. That is not what we want.' 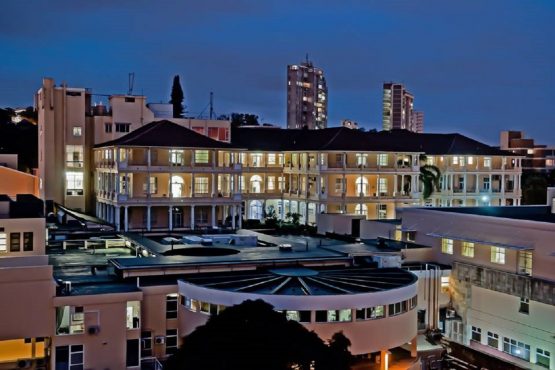 Unions and the KwaZulu-Natal health MEC have expressed their disappointment following the release of a report by the University of KwaZulu-Natal (UKZN) on the Covid-19 outbreak at St Augustine’s Hospital in Durban.

“I must say, it is very unfortunate that the university just issued that [report] to the media without taking it through to the minister first. The minister had requested a particular group of professionals to [conduct] the investigation, not the institution,” Health MEC Nomagugu Simelane-Zulu said on Thursday.

She was speaking at the Anew Hotel in Hilton, Pietermaritzburg, where the department and KZN government welcomed 28 Cuban doctors to assist in the battle against Covid-19.

“Once the minister has read the report, he is going to be the one to lead us in responding. As you might have seen it, it is not that different from our own analysis and our own assumptions two weeks ago. But we will await guidance from the minister.”

In a rare moment, unions also concurred with the MEC and government, including Denosa provincial secretary Mandla Shabangu.

He said the report contained no new information explaining where St Augustine’s had failed.

‘Not what we want’

“We want the report to tell us what Netcare did not do to prevent the infection. Now they come and tell us what we know. That is not what we want.”

Shabangu said the union felt the Netcare group was not following proper personal protective equipment procedures to deal with Covid-19.

“That is what we have been raising prior to investigation. That report issued, it was in the media and not presented to any structure. We expected the department to issue it because they are the ones leading.”

“The kind of investigation we were expecting is one that would clearly outline serious consequences against St Augustine’s. There is no new information. It is almost the same as the statement released by the CEO of Netcare. We are reading it more to try to get a different context, but we are disappointed.”

Responding to the report, Netcare said a revised version of the document was being released by the university.

Netcare’s regional director, Craig Murphy, said it had implemented recommendations and interventions made by the investigators.

“In many cases, these interventions were already in place and have been further strengthened and enhanced as a result of the valuable recommendations made by the report.”

He added in March, the group was “rapidly learning” about the nature of Covid-19 as many national policy guidelines were being changed and refined as the pandemic unfolded.

During that period, 135 people were infected and 15 died from Covid-19 complications.

Murphy said the two greatest challenges associated with the virus were those infected did not always show or have symptoms, and the fact the virus was highly infectious, notwithstanding the absence of any symptoms.

“Despite the presence of extensive and effective infection-prevention measures, such as those in place within Netcare facilities, any workplace or gathering of people poses a potential risk for infection.”

He added preventing the spread into and from the group’s hospitals has been, and remains “of paramount importance to Netcare”.

“The group proactively implemented comprehensive precautionary measures based on the information that was known at the time about the virus and how it spreads.

“While this has been a sad and transformative experience for us, we are grateful that together with the national Department of Health and the Ministerial Advisory Committee, many valuable lessons have been learnt for our entire healthcare sector,” said Murphy.