By late Sunday, the number of infections in the district stood at 147 out of a total of 866 in the entire province. 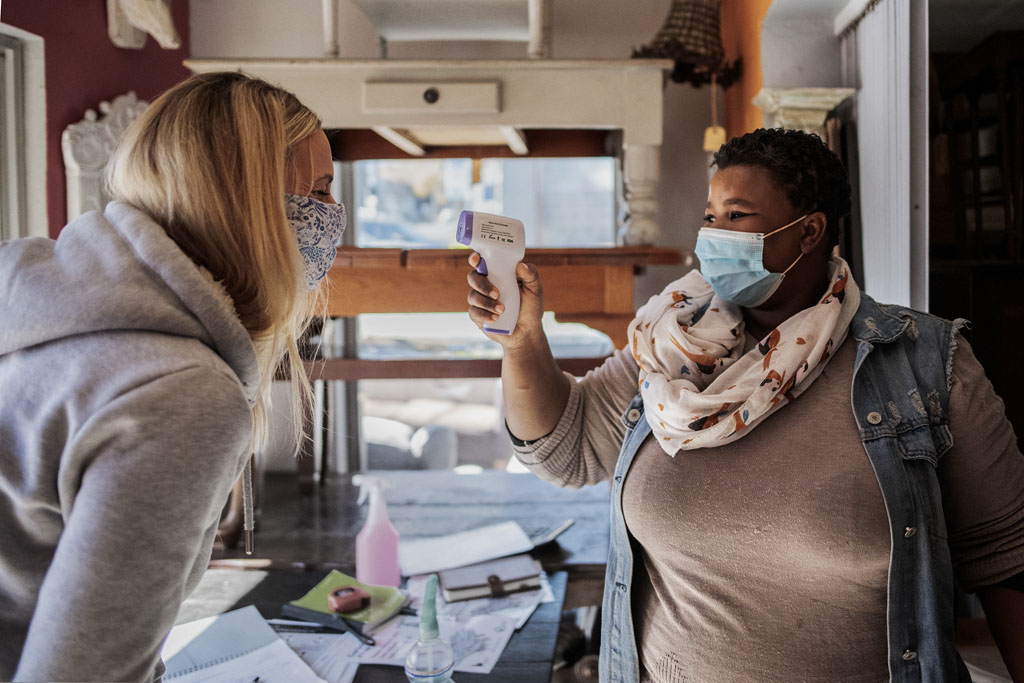 A worker measures the temperature of a client in a small furniture shop in Parkhurst, Johannesburg, on June 1, 2020. South Africa moved into level three of a five-tier lockdown on June 1, 2020, to continue efforts to curb the spread of the COVID-19 coronavirus. Under level three, all but high-risk sectors of the economy will be allowed to reopen. (Photo by Luca Sola / AFP)

There has been yet another “cluster outbreak” of Covid-19 cases in Limpopo, with the Mopani district now identified as the new epicentre of the pandemic in the province.

“We have now started to observe a trend in the Mopani district… [it is] moving from a district that had no cases at all to being an epicentre and the recovery rate is low,” Health MEC Phophi Ramathuba said on Sunday.

By late Sunday, the number of infections in the district stood at 147 out of a total of 866 in the entire province.

The Sekhukhune district was previously the province’s epicentre due to an outbreak of Covid-19 in the mining towns.

Ramathuba said an epicentre was determined by the increment of infection numbers and the slow recovery rate among patients.

She said, although mines in the Phalaborwa area were the source, the main factor behind the fast spread of the disease was non-adherence to health protocols by members of the public.

“There is a mine that has registered a lot of cases. It started with one worker coming from the Eastern Cape.

“But what is concerning is that other miners are residing at different places within communities. This tells us that there could be a lot of [Covid-19] spread in the communities,” Ramathuba said.

She believes adherence to health protocols by members of the public should be “essential” and “non-negotiable”.

She gave an example of the infection of 15 healthcare workers from one clinic in the province.

“When you tell people to practice social distancing, they don’t do that. People sit in groups and have lunch together, ” Ramathuba said.

After its meeting on Sunday, the Provincial Coronavirus Command Council indicated that its monitoring exercises in the province would continue.

A total 963,000 pupils are expected back at school in the province on 6 July.

The Professional Educators Union (PEU) also raised concerns that adhering to social distancing at schools may be a challenge.

Union provincial secretary Mosadi Sekwadi said there were schools that were currently closed in the province due to detection of Covid-19.

“If they are closing schools when there is still only Grade 7s and 12s, what about when all other learners are back at schools?” Sekwadi said