Steenhuisen called on Ramaphosa to clarify where the 20 million doses are coming from and when it will arrive. 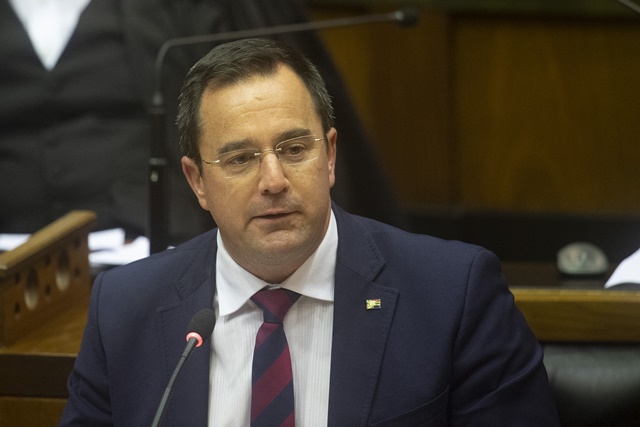 The DA has called on President Cyril Ramaphosa to provide more details after he announced on Monday that 20 million Covid-19 vaccine doses have been secured.

The party welcomed the development, but highlighted that Ramaphosa’s announcement was short on details.

Soon after the president addressed the nation, DA leader John Steenhuisen said government had “failed to do the one thing that can save both lives and the economy, and that is the acquisition of sufficient vaccines”.

Steenhuisen raised several questions, asking who will be supplying the vaccine and when will it arrive in the country.

“Where will the African Union vaccines be coming from and how will they be divided up among countries? Why are we only hearing about the AU programme now for the first time? How exactly will the vaccines be rolled out?” Steenhuisen questioned.

“While our government continues to tinker with lockdown levels and impose arbitrary and often ineffectual regulations that continue to wreak havoc in our decimated economy, it [government] has failed to do the one thing that can save both lives and the economy, and that is the acquisition of sufficient vaccines.

“Just as it failed to use the initial lockdown last year to augment our country’s healthcare, it [government] has now sat back and watched as other countries snapped up all available vaccines, leaving us floundering at the back of the queue,” Steenhuisen said.

If the President wants the buy-in of South Africans into this crucial vaccination stage of the fight against Covid-19, then he has to start giving them reasons to trust the government. – @jsteenhuisen #CyrilRamaphosa

“It is simply a lie that government has been negotiating for vaccines for the past six months. If Ramaphosa wants us to believe that, he needs to provide proof, since either he is lying, or the vaccine suppliers are.

“No matter how Ramaphosa spins it, his government has massively and unforgivably dropped the ball on the acquisition of vaccines. The only way to make it up to the country now is to implement an ambitious, honest, transparent acquisition and distribution strategy in which the private sector plays a central role.”

Steenhuisen called on Ramaphosa to clarify where the 20 million doses are coming from and when it will arrive.

“Herd immunity will only be reached when two thirds of SA’s population – about 40 million people – are no longer susceptible to the virus. We can do this the deadly, painful, expensive way with indefinite rolling lockdowns or we can vaccinate at scale.

“Lives and livelihoods will be lost unnecessarily to the virus itself, through the massive economic devastation being wrought and the longer and stronger the virus travels through South Africa’s population, the higher the chances of mutation to variants that are resistant to the current vaccines.

“No amount of money and resources we throw at vaccination is too much, compared to the cost of lockdown restrictions. By way of example, the estimated cost of a full vaccination programme to herd immunity is somewhere between R8.6 billion and R16 billion, depending on which vaccines we procure,” Steenhuisen said.

Steenhuisen claimed that some vaccine suppliers took their last orders in June last year and that all 300 million of the Johnson & Johnson vaccines being manufactured in Port Elizabeth will be leaving South Africa’s shores to other countries.

Far too soon to declare victory over Covid-19, say experts
1 day ago
1 day ago

Far too soon to declare victory over Covid-19, say experts
1 day ago
1 day ago