South Africa's infection rate is slowly decreasing, while worldwide the death toll stands at over 2,5 million. 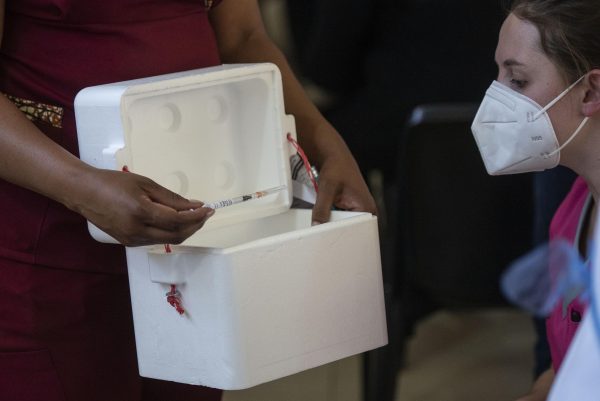 Healthcare workers administer the first batch of Johnson and Johnson vaccines at Chris Hani Baragwanath Hospital in Soweto on 17 February 2021, as health workers receive the first jabs of the vaccine in the fight against the coronavirus pandemic. Picture: Michel Bega

On Saturday, South Africa recorded 1227 confirmed new Covid-19 infections, while 81 more deaths due to the virus have been recorded.

In a statement released on Saturday night, Health Minister Zweli Mkhize said the country’s total number of confirmed Covid-19 cases as of Saturday stand on 1 520 206, and the total number of deaths on 50 647. 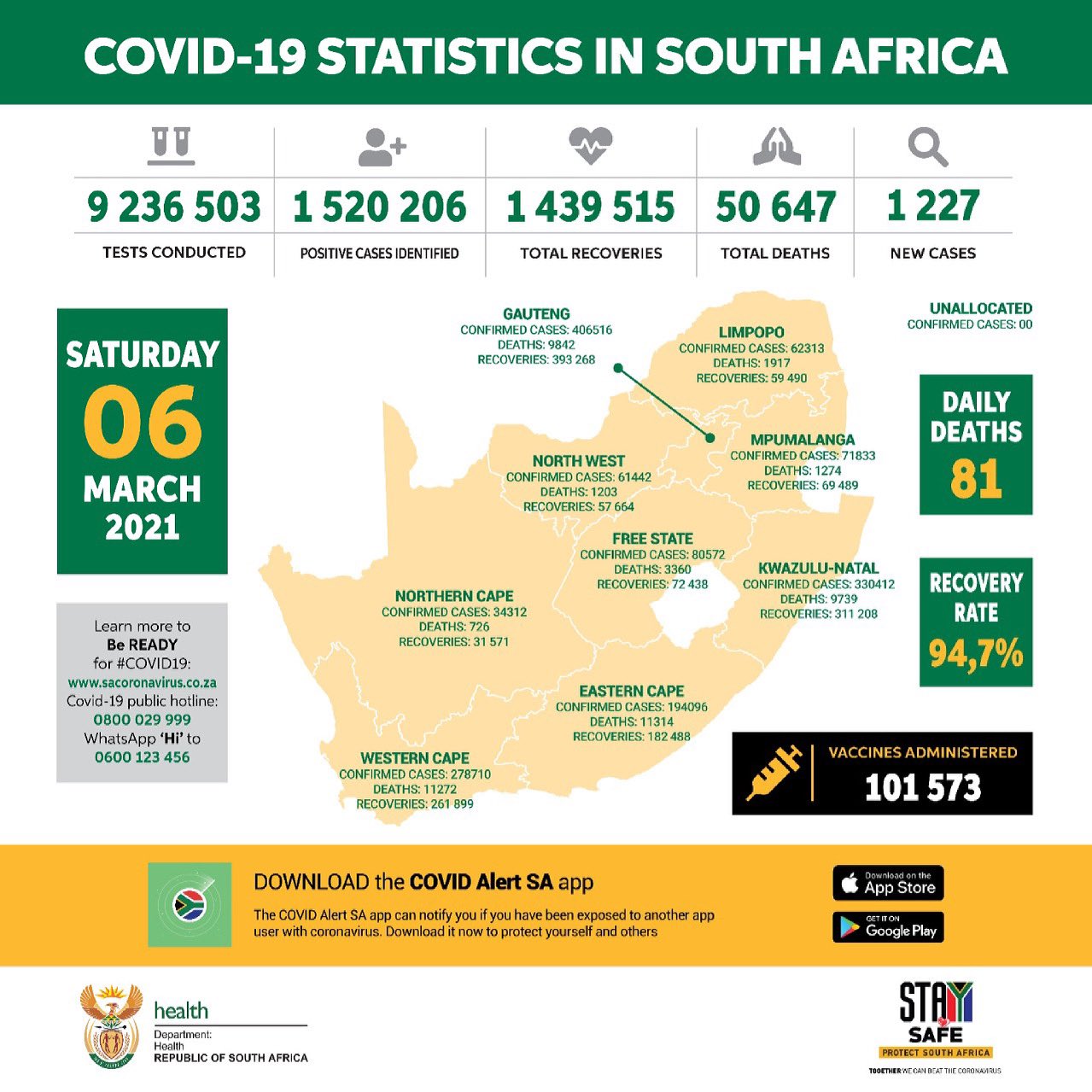 Some good news for the day was that a milestone of more than 100 000 healthcare workers getting vaccinated against the disease had been reached.

According to Mkhize 101 573 vaccine doses had been administered under the Sisonke Protocol by Saturday.

More than 116 million cases of the disease had been recorded worldwide by Saturday, while more than 2,5 million people have reportedly died.

Nigeria’s President Muhammadu Buhari and Venezuela’s President Nicolas Maduro are both vaccinated, in a bid to lead by example as their countries’ inoculation campaigns get underway.

Swedish police arrest two people and six officers are injured during clashes on the fringes of a banned protest against coronavirus restrictions.

Several hundred people staged Saturday’s protest in central Stockholm to denounce the government’s handling of the pandemic as well as media coverage of the crisis.

After the Mediterranean city of Nice and the Channel port of Dunkirk, the northern region of Pas-de-Calais entered a weekend lockdown to try to slow the soaring caseload there.

Police in Paris meanwhile close off the banks of the Seine as people out to enjoy the sunshine ignore social distancing guidelines.

German Chancellor Angela Merkel warned that the pandemic risks rolling back progress made on gender equality, as women take on the lion’s share of childcare in lockdown and are more likely to work in at-risk jobs.

“Once again it’s more often women who have to master the balancing act between home schooling, childcare and their own jobs,” she said.

Germans flocked to supermarket chain Aldi to snap up the first rapid coronavirus tests to go on sale nationwide, with stocks selling out within hours.

The EU will open talks with Washington on Monday to ensure its supply of US-made materials for coronavirus vaccines, a European source told AFP. These items are currently under tough export restrictions.