R350 grants are back, but some Post Office branches are closed, so what now?

The Post Office closures mean that the distribution of social grants in general would be immensely impacted. 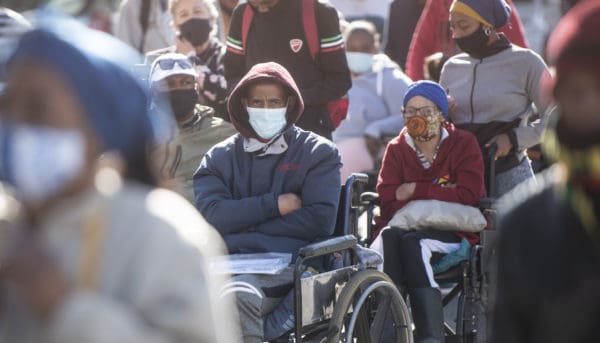 With the R350 Covid-19 Special Relief of Distress (SRD) grant now back, the closure of some South African Post Office (Sapo) branches across the country shifted the focus to how beneficiaries will receive their grants.

President Cyril Ramaphosa on Sunday announced the reinstatement of the R350 grant to assist citizens who have no means of supporting themselves during the Covid-19 pandemic.

Ramaphosa said the R350 grant would continue to be paid out until the end of March 2022 and extended to eligible unemployed caregivers who currently receive a child support grant.

ALSO READ: Government in talks to reopen Ters scheme to aid those affected by recent lockdown

The decision by government to reinstate the monthly grant comes after deadly civil unrest rocked parts of KwaZulu-Natal and Gauteng two weeks ago reigniting the debate with regards to the introduction of a basic income grant.

In May this year, the Post Office announced it would close 130 branches nationwide amid its financial challenges which have been worsened by the lockdown.

Sapo CEO Nomkhitha Mona told Parliament that while some branches would remain closed, others will be reopened.

Mona indicated that the decision to close branches would be carefully considered in rural areas where branches are already sparsely situated.

However, the closures mean that the distribution of social grants in general, including the R350 Covid-19 grant, would be immensely impacted.

The Democratic Alliance (DA) has since raised its concerns on the matter, with the party calling on the South African Social Security Agency (Sassa) to provide plans on how it will ensure the uninterrupted payment of grants.

“While the timing of the extension of the R350 grant has raised eyebrows – just before an election while the DA and civil society has been calling in vain for such action – we are pleased that there will be relief for the poor and vulnerable.

“The DA will make sure to keep a close eye on the disbursement of the R350 and other social grants by Sassa as situations where poor South Africans are stripped of their dignity in hours-long queues and vilified with water-cannons cannot be allowed again.

“The economic implosion caused by years of governmental mismanagement and policies that choked economic growth exacerbated by the continuing Covid-19 lockdown has left millions of South Africans without jobs and without a hope of finding employment in the near future,” DA MP Bridget Masango said in a statement.

According to Social Development Department spokesperson Lumka Oliphant, Social Development Minister Lindiwe Zulu will address the public on the contingency plans, among other things, put in place for areas affected by the closures in due course.

“The Minister will announce on this and other matters concerning the reinstatement of the Special Covid-19 SRD grant,” Social Development Department chief director of communications Lumka Oliphant told The Citizen on Tuesday.

Meanwhile, the Post Office has indicated that it was considering mobile pay points.

“We are considering mobile pay points in areas where the Post Office was damaged. We already use mobile pay points to service Sassa grants for old age, child grants and disability grants in remote areas,” Sapo spokesperson Johann Kruger informed The Citizen.

Meanwhile, human rights organisation Black Sash has released a report on R350 grants, which underlines the grants distribution issues, among other things.

Black Sash has been calling for the grant to be aligned with the upper-bound poverty line of R1,268 or be increased to the food poverty line of R585 in the interim, saying those who are poor would not survive on R350 per month.

In its key findings of the report, Black Sash indicated that despite approximately six million beneficiaries successfully accessing the R350 grant, others were excluded as the programme was mired in a number of challenges.

The organisation also found the online system, which was used to apply for the grant, to be inaccessible and exclusionary for those with no digital devices, internet access, and digital literacy.

“People residing in rural and peri-urban areas encountered far greater challenges in accessing the grant than those living in urban areas,” the report read.

It further stated the Post Office did not process cash payments efficiently.

“Branches ran out of cash, their technology often did not work, and long queues were not well-managed. The problem was compounded when those eligible for the Covid-19 SRD grant crowded the Sapo branches to obtain information on the progress of their applications. Sapo officials could not help them, as the system was entirely automated.”

In conclusion, Black Sash found that the grant was insufficient to alleviate the multiple hardships that individuals and households encountered on a day-to-day basis, exacerbated by the Covid-19 pandemic.