This comes after two former Eskom executives died from Covid-19 in the past two months. 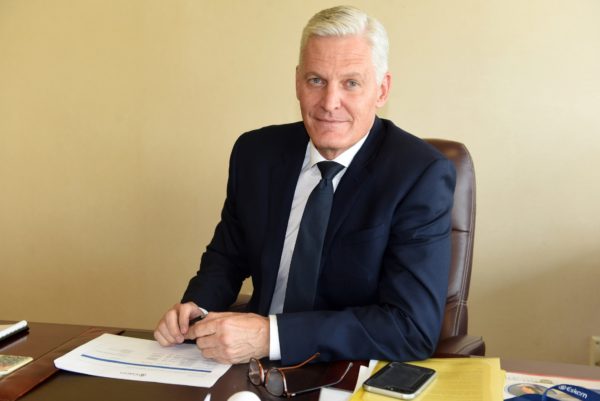 Eskom CEO André de Ruyter is well and continuing with his duties from isolation after testing positive for Covid-19.

This was confirmed by the power utility’s spokesperson, Sikonathi Mantshantsha, on Wednesday.

“He tested positive last week and he is fine, working from home,” Mantshantsha told The Citizen.

This comes after two former Eskom executives died from Covid-19 in the past two months.

He was followed another former Eskom chairperson, Dr Ben Ngubane, who passed away in mid-July due to Covid-19.

Mantshantsha said De Ruyter had not experienced any complications from the infection.

De Ruyte faces a mammoth task of turning things around at the utility, as it battles financial woes, maintenance issues and a country dealing with intermittent load shedding.

Last month, De Ruyter apologised to South Africans for the continued power cuts during an interview with talk radio station 702.

“I apologise to the nation for the hardship that we continue to inflict as a result of load shedding. But bear with us, we are working on this and of course, as a whole, South Africa is also procuring additional capacity, which we are in dire need of,” De Ruyter said.

He said Eskom was struggling with additional generation capacity due to its ageing power stations.

He said while they had caught up on maintenance, load shedding would remain a reality for a number of years until the final unit at Kusile power station comes online by the end of 2023.

“I think capacity will remain constrained while we catch up on maintenance and while we add new capacity. That’s the hard reality I think we face,” he said.

“My chief operating officer and I are pushing the organisation as hard as we can. People are working extraordinary hours to bring units back.

Asked whether load shedding was due to Eskom’s lack of maintenance or poor management, De Ruyter said it was a combination of issues causing power cuts.

“I think it’s a bit of all of the above, to be frank. I think what we have seen is that load shedding has regrettably now been with South Africans for the past 15 years. So this is not a new phenomenon. We have been working hard catching up on maintenance that had been deferred and postponed.

“When I assumed my role in January last year, we communicated that during this so-called reliability maintenance recovery programme, there would be an increase in the risk of load shedding while we do this maintenance.”

To vaccinate or not? There's really no question
7 hours ago
7 hours ago

To vaccinate or not? There's really no question
7 hours ago
7 hours ago