Professor Helen Reese said the C.1.2 variant behaves differently to the Delta variant in that it's not really 'taking off.' 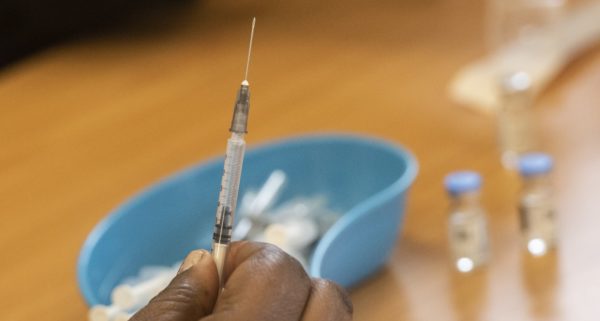 Reese said Saphra was closely monitoring the behaviour of new variants – specifically the new C.1.2 mutation – against the vaccines currently being rolled out.

Reese explained the Sahpra research team will be testing the vaccines currently in circulation against the new variant “to make sure that vaccines we are rolling out remain effective.”.

“We are looking at the effectiveness of vaccines once we roll them out. […] We look at how they are responding to new variants but we also look at breakthrough infections”.

She said research is showing the variant is not behaving in the same way as the highly transmissible Delta variant which drove South Africa’s third wave of infection. Reese warned it could change.

“It’s widely detected but it’s not doing what we have seen the Delta variant do, which is really take off”.

However, the new variant behaves differently and the concern now is that mutations suggest the C.1.2 variant could be “better at evading our immune systems and resisting our immune response”.

And while the efficacy of vaccines can vary as new variants emerge, “vaccines do still fight severe illness, hospitalisation and even death”, Reese said.

Sahpra also appeared before Parliament’s Health Committee earlier this week to report on 32 deaths allegedly linked to the jab.

Of the 32 cases investigated, 30 were found to be coincidental. At the time of publishing, Saphra said there was insufficient information to rule on the remaining two deaths.

Sahpra CEO Tumi Semete on Wednesday said in 98% of cases reported, the patients were “elderly people [who] received vaccinations early on”.

“We did detailed assessments, age, comorbidities and any medication that they are on”, Semete said.

How to report AEFIs

The public and health professionals are encouraged to report AEFIs (adverse events following immunisation) to the health facility delivering the vaccine.

In the case of a death that occurred after vaccination, Sahpra said the following information must be submitted in order to facilitate a comprehensive causality assessment: