Government does not want to lose out on the gains it has made over the last two years, says Phaahla. 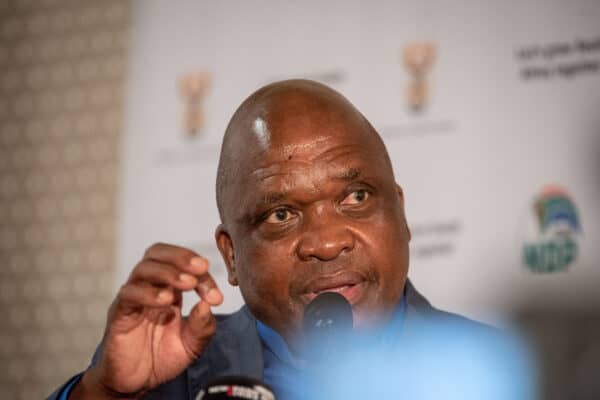 Amid some opposition to the proposed regulations to the National Health Act, Health Minister Dr Joe Phaahla has defended the draft measures, saying they will assist with keeping South Africa’s Covid-19 infections and positivity rate low.

The minister along with officials from the Department of Health on Thursday morning briefed parliament’s Portfolio Committee on Health on amendments to the health regulations that are out for public comment.

Phaahla said the regulations, aimed at dealing with the Covid-19 pandemic and other notifiable conditions outside the national state of disaster, were necessary to maintain the country’s current low positivity rate, hospitals admissions and deaths.

The minister said the measures would ensure that government did not lose out on the gains it had made over the last two years by managing the pandemic through the Disaster Management Act.

“We want to delay any rise in new infections so that we don’t burden our health facilities and our health workers who are already very stretched and have had quite a lot of stress as a result of the previous waves,” Phaahla said.

Government lifted the state of disaster earlier this month after public pressure to end lockdown restrictions on social and economic activities, which were in place since 15 March 2020.

But lockdown rules on public gatherings and mask-wearing in an indoor public space remain in place, while government receives public comment on the draft health regulations.

The new regulations include compulsory medical examinations, screening, vaccination and quarantine provisions, among other measures. They were gazetted in March by the Department of Health and the deadline for public comment was on Good Friday, but it was extended to 24 April 2022.

There has been opposition to the proposed regulations from some political parties and civil rights organisations, who have raised concerns that the rules would give government unfettered power and limit individuals’ right to choose.

The Democratic Alliance (DA), ActionSA and AfriForum have rejected the National Health Act amendments and threatened to take government to court.

Phaahla warned that the pandemic was not over and the risk of the fifth wave of Covid infections still remained high.

“With lower infections, positivity rate, hospitals admissions and deaths… at this stage we’ve got no basis to believe that [a fifth wave] is not going to happen anymore.

“Until such a time that it can be confirmed that, either the virus has burned out or the immunity in the society is such that there is no further risk, we believe that we still have to have public health measures,” he said.

Phaahla said the Department of Health was logically identified as the department that should lead in amending the health regulations due to Covid-19 being a medical condition.

“We went back to the National Health Act and we look at the regulations which were promulgated in 2017 on surveillance and control of notifiable health conditions.

“And we used that as a base we could provide alternative public health measures which could help us manage the remaining threat of Covid-19,” the minister said.

According to Phaahla, the draft health regulations were not new in the National Health Act.

“There is a misconception that these are completely new regulations, there have been some amendments in some cases. But in many cases, it’s basically an amendment on regulations which actually have been in existence for the last five years from 2017.”

The minister also reiterated his previous statements that government was not trying to cling to lockdown powers through the regulations.

“There is no desire from myself as the minister and the team from health to want to continue to control people’s lives unnecessarily.

“This is purely in terms of making sure that we do have instruments through which this threat [of Covid-19], which still exists, can be managed.”

NOW READ: Have your say on the proposed draft Covid-19 regulations set to replace State of Disaster