Will mask-wearing rule for SA expire at midnight?

The government will soon make a public announcement on the matter, says the health department. 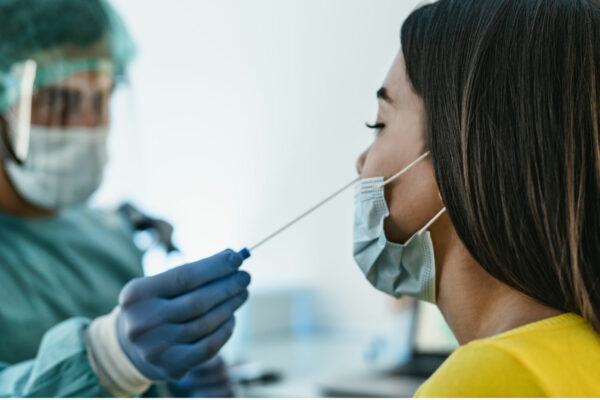 As of Thursday, there will no longer be any official Covid-19 regulations governing mask-wearing in an indoor public space and restrictions on gatherings.

This as the 30-day extension of the Covid-19 regulations are expected to expire on Wednesday at midnight.

During his address to the nation on 4 April 2022, President Cyril Ramaphosa announced the termination of the national state of disaster with regards to Covid-19.

The president said certain “transitional provisions” related to mask-wearing and gatherings would remain in place for a period of 30 days. This was to allow for new health regulations in terms of the National Health Act to come into effect.

The process for public comment on the draft health regulations ended on 24 April 2022, and government is yet to release the submissions to the public.

Approached for comment on the matter, the health department’s spokesperson Foster Mohale told The Citizen the department was aware of the lapsing of the 30-day period of the transitional measures.

He said government would soon make a public announcement on the matter on Wednesday.

“We will make a public announcement between now and midnight on how we are going to continue managing the pandemic and other notifiable medical conditions,” Mohale said in a WhatsApp message.

He insisted there would be no “gap in terms of the legal instrument to management the pandemic”.

According to lobby group AfriForum, unless government makes another one of its late-night announcements, no one would be required to wear a face mask in an indoor public space or adhere to restrictions on gatherings from Thursday.

The transitional measures don’t require face masks to be worn when outdoors.

However, both indoor and outdoor venues are allowed to take up to 50% of their capacity without any maximum limit, provided that proof of vaccination or a Covid test not older than 72 hours is required for entrance to the venue.

Where there is no provision for proof of vaccination or a Covid test, then the current upper limit of 1,000 people indoors and 2,000 people outdoors would remain.

The existing provisions with respect to international travel, like providing proof of vaccination or a negative PCR test, also remained in place.

At the same time, the Democratic Alliance (DA) has called for clear steps on what the road ahead would entail given the impending expiry of the transitional health regulations.

DA MP and spokesperson on health, Michele Clarke, complained that Health Minister Joe Phaahla and his department had 12 days to process and analyse the more than 300 000 submissions before Thursday’s deadline.

Clarke said the health department was yet to provide the DA with a copy of all submissions made or provided a breakdown of their analysis method.

“We need to know the status of the draft health regulations. The country has suffered enough the past two years and deserves to know what lies ahead,” she said in a statement.

The DA also called for feedback on the audit it requested regarding claims that some submissions were lost due to a technical glitch.