Supra’s replacement still up in the air

The party's secretary-general, Ace Magashule, says the ANC will do further engagement and consultation regarding who the new North West Premier will be. 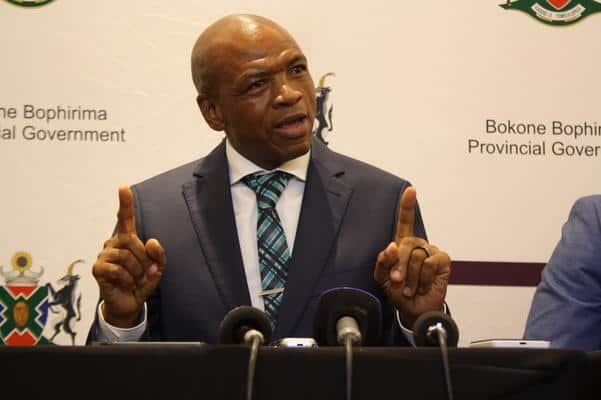 The ANC once more has no solution to who should replace former North West Premier Supra Mahumapelo.

The party’s secretary-general, Ace Magashule, says the ANC will do further engagement and consultation within the party and its alliance partners. “We have not rejected any names that were submitted to us. We felt we should give time  to engage all stakeholders, there is no time limit to that, this is work in progress,” Magashule said.

It was initially reported that the ANC NEC that sat in Irene outside Pretoria at the weekend rejected the names of Susan Dantjie, OJ Tselapedi and Manketsi Tlhape as submitted to it by the provincial executive committee. The three are said to be allies of Mahumapelo and they were prone to manipulation by Mahumapelo.

But the ANC Alliance partners such as SACP and Cosatu favoured stalwart Zakes Tolo and education MEC Sello Lehari, who is also provincial ANC deputy chair. Both did not see eye to eye with Mahumapelo.

The ANC NEC resolved to amend the country’s Constitution if section 25 is found to be impeding the implementation of land expropriation without compensation, a policy adopted at the December ANC national conference.

The policy, which is backed by EFF, cause heated debate among political partiesin the country with some like the DA and Cope vehemently opposed to the idea.