Ignoring all diplomatic niceties, Trump began his four-day visit with a rebuke of his beleaguered host's handling of Brexit. 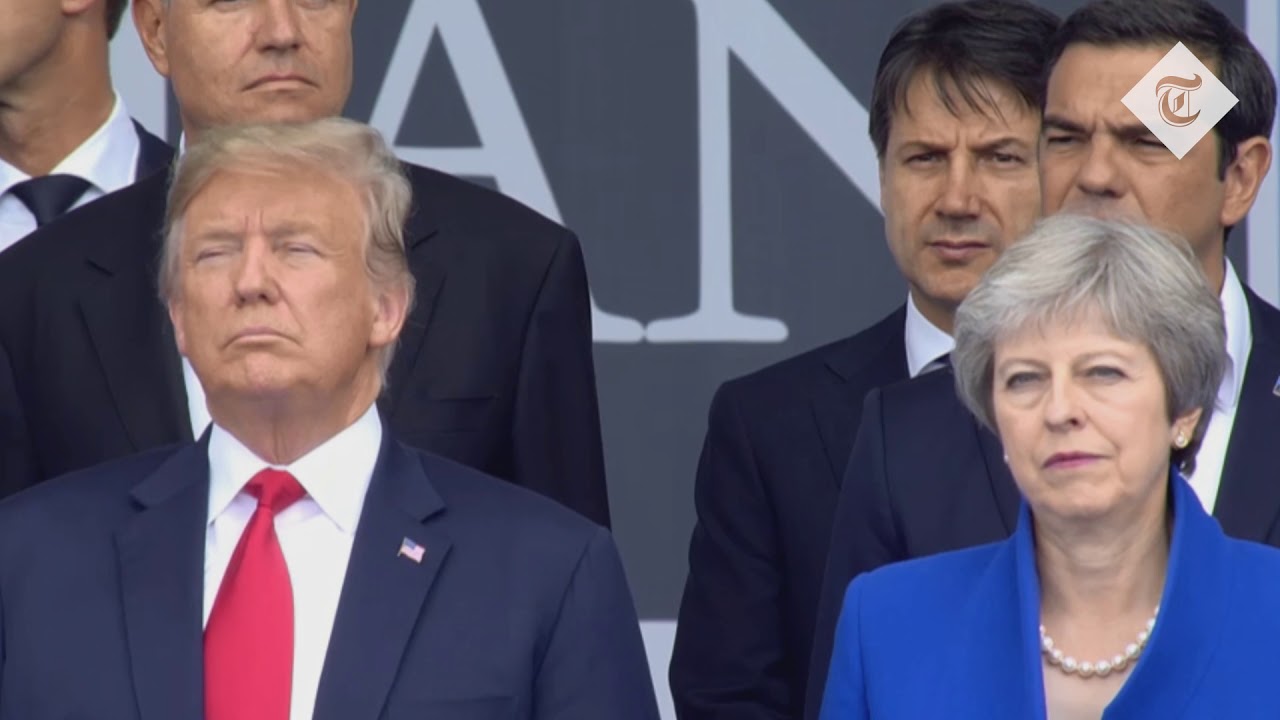 Donald Trump began a protest-laden trip to Britain Thursday by questioning whether Prime Minister Theresa May will deliver on UK voters’ intentions when they decided to quit the European Union.

Ignoring all diplomatic niceties, the convention-shredding US president set up the four-day visit with a rebuke of his beleaguered host as she battles to stop her government falling apart over Brexit.

Shrugging off the plans for mass protests, which on Friday will include a giant baby-shaped blimp bearing Trump’s features, he said in Brussels: “They like me a lot in the UK. I think they agree with me on immigration.

“I think that’s why Brexit happened,” he told a news conference before flying to Stansted Airport north of London.

He said Britain was “a pretty hot spot right now with a lot of resignations”.

“The people voted to break it up (Britain’s ties with the EU),” Trump said.

“So I would imagine that’s what they will do, but maybe they will take a little bit of a different route. I don’t know (if) that is what they voted for,” he added.

“I’d like to see them be able to work it out so it could go quickly.”

When asked about Trump’s remarks, May said in Brussels: “What we are doing is delivering on the vote of the British people… that’s what our proposal does.” 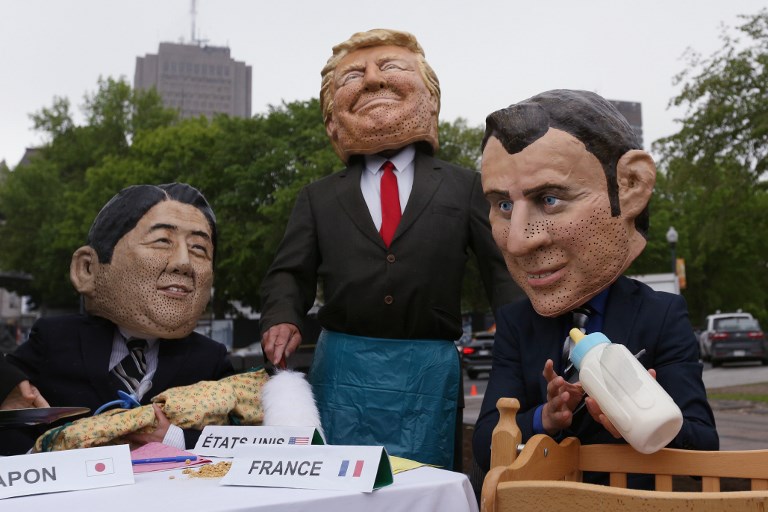 Trump is doing his best to avoid the mass protests planned for his controversial trip, which will include talks with May, tea with Queen Elizabeth II and a private weekend in Scotland.

Some 77 percent of Britons have an unfavourable view of Trump, according to a poll by YouGov with 1,648 respondents.

The poll conducted this week said 63 percent found Trump racist, and 74 percent said he was sexist.

London Mayor Sadiq Khan, who signed off on the so-called “baby Trump” blimp, defended the decision Thursday, arguing the protests were not anti-American but emblematic of free speech.

“Now more than ever we have a responsibility to stand up for our values and ensure our voice is heard around the world,” he wrote in London’s Evening Standard newspaper.

Despite a series of diplomatic spats between Britain and Trump, the British government is hoping for a quick trade deal with the United States after it leaves the European Union.

“There is no stronger alliance than that of our special relationship with the US and there will be no alliance more important in the years ahead,” May said ahead of the visit.

But Brexit champion Nigel Farage predicted there would be a “real clash” on Brexit.

“I would love to say that I think this is going to be a hugely successful visit but I think it’s going to be very difficult,” he said at a pro-Trump gathering in parliament. Trump flew in after a fraught NATO summit in Brussels where he piled pressure on allies to double their defence spending.

He is due to leave Britain on Sunday for talks in Helsinki the following day with Russian President Vladimir Putin, whose government stands accused by May’s of unleashing a lethal nerve agent in the city of Salisbury.

Russia has strongly denied the charge.

Britain “is in somewhat turmoil”, Trump said before departing Washington, remarking that dealing with Putin might surprisingly be the easiest part of the European trip.

That turmoil includes the resignations of May’s Brexit and foreign ministers over her plan to retain close ties with the EU after leaving the bloc in March.

The US president’s brash style and hardline “America First” policies have caused consternation across Britain’s political spectrum and society.

May will seek to put the tensions behind her when she hosts Trump later Thursday for a black-tie dinner with business leaders at Blenheim Palace, the birthplace of World War II prime minister Winston Churchill.

He is due to stay overnight at the ambassador’s Winfield House residence in London’s Regent’s Park, where demonstrators plan to play recordings of migrant children held in US detention centres.

On Friday, May and Trump will hold talks on Brexit, relations with Russia and trade ties at the prime minister’s Chequers country residence followed by a press conference.

Trump next heads to Windsor Castle later Friday for tea with the queen, as protesters stage a mass demonstration in London.

He then travels north to Scotland where he and his wife Melania will spend the weekend privately. His late mother hailed from Scotland, and he owns two luxury golf courses there.