The Indonesian volcano which caused a tsunami that killed more than 400 people last week lost more than two-thirds of its height following the eruption which triggered the killer waves. 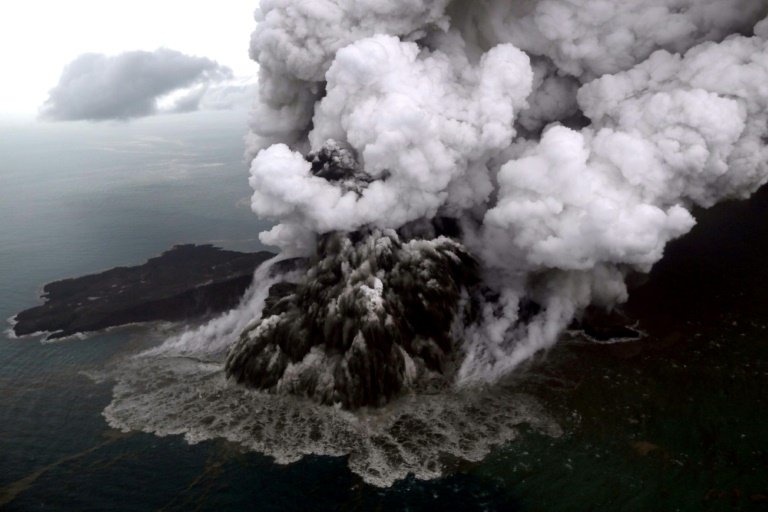 A section of Anak Krakatoa’s crater collapsed after an eruption and slid into the ocean, generating the tsunami last Saturday night.

A visual analysis by the Indonesian volcanology agency found the volcano has lost more than two-thirds of its height, an official said Saturday.

The agency estimated the volcano lost between 150 and 180 million cubic metres of material as massive amounts of rock and ash have been slowly sliding into the sea following a series of eruptions.

“Anak Krakatoa is now much shorter, usually you can see the peak from the observatory post, now you can’t,” Wawan Irawan, a senior official at the agency, told AFP.

Before and after satellite images taken by Japan’s space agency showed that a two square kilometre chunk of the volcanic island had collapsed into the water.

The volcano, whose name means Child of Krakatoa, was a new island that emerged around 1928 in the crater left by Krakatoa, whose massive 1883 eruption killed at least 36,000 people.

The crater’s status has been raised to high alert, the second-highest warning on Indonesia four-point danger scale.

The exclusion zone has been extended from two to five kilometres (1.2 to three miles).

A week after the tsunami, thousands of Indonesian Muslims attended a mass prayer on Saturday to remember the victims and pray for the safety of their tsunami-prone hometown.

Residents of Pandeglang regency, which was hit the hardest by the disaster, gathered in the early morning, some in tears as they chanted their prayers.

“I prayed for the victims and I also pray for the safety of the people who live in the tsunami affected area,” Dadan Suryana, a tsunami survivor, told AFP.

“My prayer is for the victims to get help and be granted patience and I also pray the government will immediately help us to rebuild, to provide clothes and food, or at least to give us moral support,” fellow congregant Dian Rosdiana said.

Authorities said at least 426 people were killed and 23 missing in the disaster.

Some 7,202 people suffered injuries and nearly 1,300 homes were destroyed after the waves crashed into the coastlines of western Java island and south Sumatra.

More than 40,000 people have been evacuated for fear of another tsunami as Anak Krakatoa continues to rumble.

Indonesia, a vast Southeast Asian archipelago, is one of the most disaster-hit nations on Earth due to its position straddling the so-called Pacific Ring of Fire, where tectonic plates collide. 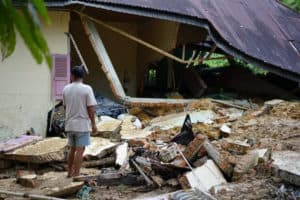 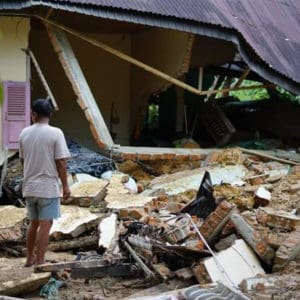 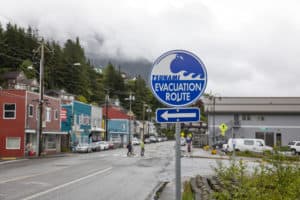 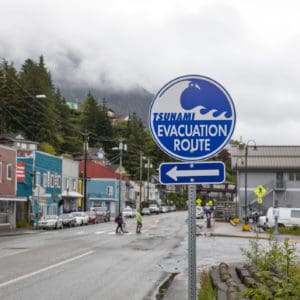 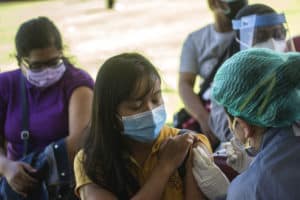 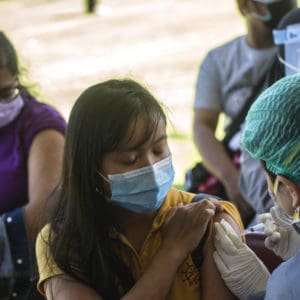 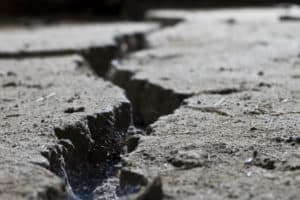 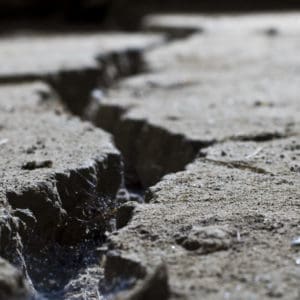