FBI screens troops ahead of US inauguration

'In coordination with the Secret Service and the FBI, they're screening all the personnel that are coming in,' Hokanson said. 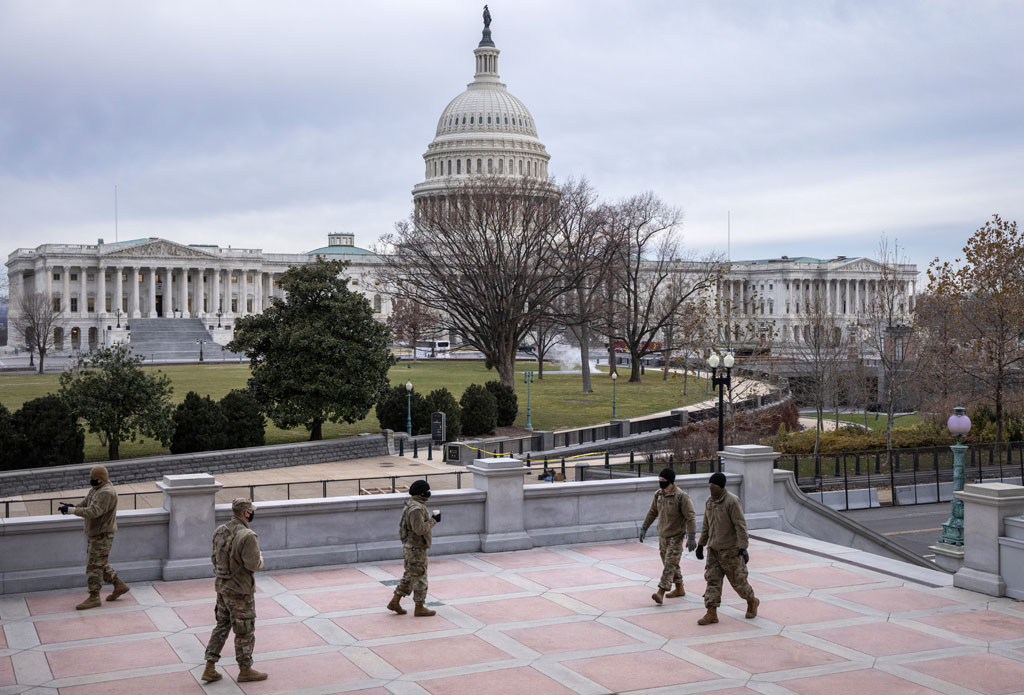 WASHINGTON, DC - JANUARY 08: Virginia National Guard troops stand watch near the U.S. Capitol on January 08, 2021 in Washington, DC. Fencing was put up around the building the day before, following the storming of the Capitol by Trump supporters on January 6. John Moore/Getty Images/AFP

US law enforcement agencies are screening National Guard members to make sure they do not pose a security risk during President-elect Joe Biden’s inauguration, a four-star general said in comments broadcast Sunday.

Following the January 6 riots at the Capitol building in support of outgoing President Donald Trump, it emerged that some of those involved had current or former ties to the military.

General Daniel Hokanson, who heads the National Guard Bureau, was asked by CBS News on Sunday if troops were being checked as they arrived in Washington.

“In coordination with the Secret Service and the FBI, they’re screening all the personnel that are coming in,” Hokanson said.

Much of Washington resembles a fortified compound in a war zone, with most of the downtown area blocked off, security fences topped by razor wire and about 25,000 National Guard troops deployed to the capital.

In a recent letter to all US troops, the Joint Chiefs of Staff told service members the January 6 riots were “inconsistent with the rule of law” and said troops “must embody the values and ideals of the nation.”