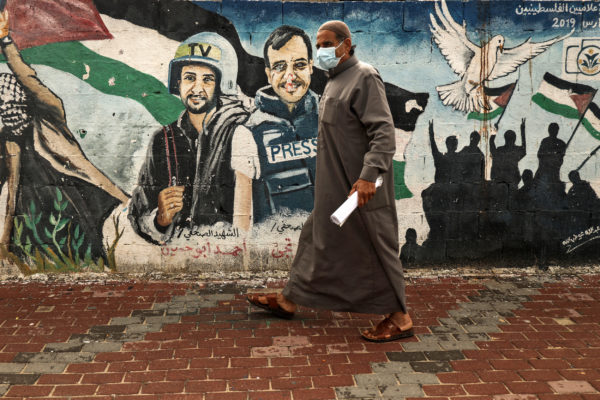 A Palestinian man wearing a face mask walks past a mural of journalists killed in the 2014 between Hamas and Israel, in Gaza City, on March 4, 2021. - The International Criminal Court opened a formal investigation on March 4, 2021 into alleged war crimes in the Palestinian territories, in a move blasted by Israeli premier Benjamin Netanyahu as the "essence of anti-Semitism". (Photo by Mohammed ABED / AFP)

The Palestinian government on Monday said Israel had stripped its foreign minister of a travel permit after he met with the International Criminal Court chief prosecutor Fatou Bensouda.

The Hague-based ICC tribunal, which has faced frequent criticism by Israel, this month opened a formal investigation into alleged war crimes in the Palestinian territories.

But on his return to the occupied West Bank on Sunday he had his “VIP card” withdrawn, Palestinian officials said.

The card is identification issued to Palestinian officials to facilitate passage at border posts controlled by Israel.

Palestinian prime minister Mohammed Shtayyeh condemned the “harassment” to which Maliki and his team “were subjected to on their return from a meeting with the prosecutor” of the ICC.

Israel’s Shin Bet security agency declined to comment, but Israeli sources requesting anonymity told AFP that Maliki had lost his pass because he tried to “harm” the Jewish state by meeting with the ICC prosecutor.

Ammar Hijazi, an aide to Maliki, said the group was “blocked for two hours, and for an hour and a half we were questioned about our visit to the ICC”.

“They told us that it was a sensitive issue for them, and that they would not allow us to move easily.”

The world’s only permanent war crimes tribunal, the ICC was set up in 2002 to try humanity’s worst crimes where local courts are unwilling or unable to step in.

Bensouda has said her investigation will cover the situation since 2014 in the Israeli-blockaded Gaza Strip, as well as in the occupied West Bank and East Jerusalem.

The Palestinians, who have been a state party to the ICC since 2015, have welcomed the investigation and said they will not seek any deferral.

Israel is not a member and has rejected the investigation, saying the court has no jurisdiction over its citizens.

Prime Minister Benjamin Netanyahu, a vocal critic of the ICC, has said the decision to open the probe was the “essence of anti-Semitism” and declared Israel was “under attack”.

On Friday, the ICC gave Israel and the Palestinians one month to ask the tribunal to postpone its war crimes investigation, provided they can prove they are carrying out their own probes. 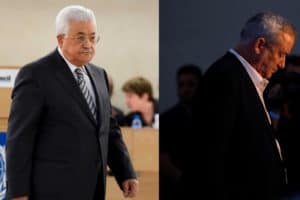 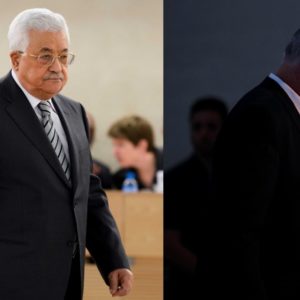