Mumbai police said the 45-year-old was 'the key conspirator' in the creation and publication of adult films using internet apps. 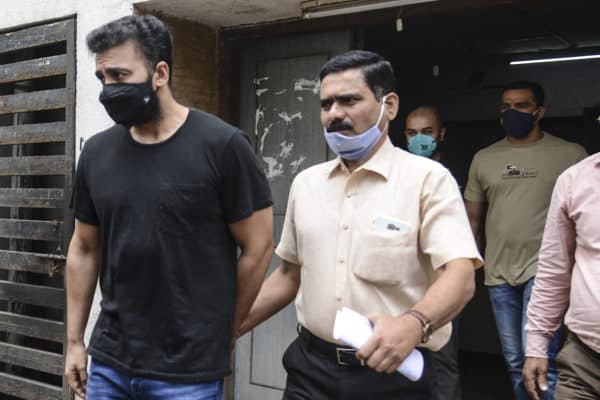 The arrest is the latest scandal to hit Kundra who was embroiled in cricket match-fixing charges six years ago.

Mumbai police said the 45-year-old was “the key conspirator” in the creation and publication of adult films using internet apps.

Media reports say Kundra is accused of telling aspiring actresses they could break into Bollywood through his company, Viaan Industries, which allegedly produced pornographic content for Hotshots, an adults-only mobile app.

The women were then pressured into shooting sex scenes on the pretext of securing a foothold in the Hindi film industry.

US-based YouTube and TikTok influencer Puneet Kaur said the businessman contacted her on Instagram this year asking her to enter a contest on Hotshots.

“This man was really luring people — we literally thought it was spam when he sent that DM to me!? Jesus Christ man rot in jail,” Kaur posted on Instagram last week.

In 2015, Kundra was banned for life from all cricket-related activities, following an investigation into match-fixing when he was co-owner with Shetty of the Rajasthan Royals, a team in the hugely successful Indian Premier League.

India has stringent laws against publishing and transmitting “obscene material”, but watching pornography in private is legal.