‘Person of interest’ in US van mystery missing for days, family says

Brian Laundrie returned to his home alone in Gabby Petito's van. Her family then filed a missing person report.

The family of a Florida man declared a “person of interest” in the disappearance of his girlfriend said on Friday he has been missing for days, deepening a mystery case gripping the United States.

Gabrielle “Gabby” Petito quit her job and packed her life into a camper van for a cross-country adventure in July with Brian Laundrie, 23, documenting their journey in a stream of idyllic-seeming Instagram posts.

But, more than two weeks ago, Laundrie returned to his home in North Port, Florida, alone in Petito’s van. Her family then filed a missing person report on September 11.

North Port police in a statement on Friday said Laundrie’s parents claim they have not seen their son since Tuesday.

“The attorney for the Laundrie family called FBI investigators on Friday night indicating the family would like to talk about the disappearance of their son,” the statement said.

“It is important to note that while Brian is a person of interest in Gabby’s disappearance, he is not wanted for a crime.”

The force said it was now working a “multiple missing person” case.

“Once we have details, a statement will be made,” he tweeted. “We ask for calm!”

The couple embarked on their journey across the US in July, departing New York on the east coast, and posting photos of magnificent views of the American West and themselves smiling happily next to their small white van.

In one YouTube video published during their trip, Petito and Laundrie are shown kissing tenderly, enjoying a sunset together and strolling on a beach.

However, in August, police in Utah responded to a domestic violence report involving Petito and Laundrie.

Police body cam footage published by US media showed a distraught Petito saying she had had an altercation with Laundrie.

Speaking to a police officer after their van was pulled over, Petito was seen crying and saying she struggles with mental health problems.

Petito last communicated with her parents in late August when the couple were in the area of the Grand Teton national park in Wyoming, the family said.

Joe Petito, Gabby Petito’s father, has appealed for anyone with information on her whereabouts to contact the authorities, adding that an anonymous tip line has been set up. 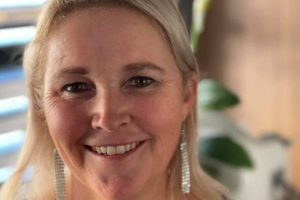 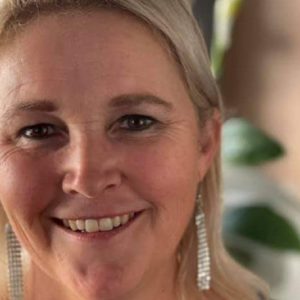