As West Africa declares war on the market for expired and counterfeit medicines, start-ups are putting quality control in the hands of patients to stop them risking their lives trying to get well.

Not only can such drugs fail to treat the diseases they are bought to combat, experts say, but they may encourage resistance to antibiotics and even cause death as diseases continue to course unchecked through the body.

At an April meeting in Liberia, the 15-member Economic Community of West African States (ECOWAS) announced a region-wide investigation into the trafficking of expired and counterfeit drugs, and a public awareness campaign.

Traffickers in bad medicine prey on some of the world’s poorest and most in need, who also face high costs for health care and often lack insurance, said Adama Kane, who founded the health start-up JokkoSante in Senegal to tackle the problem. 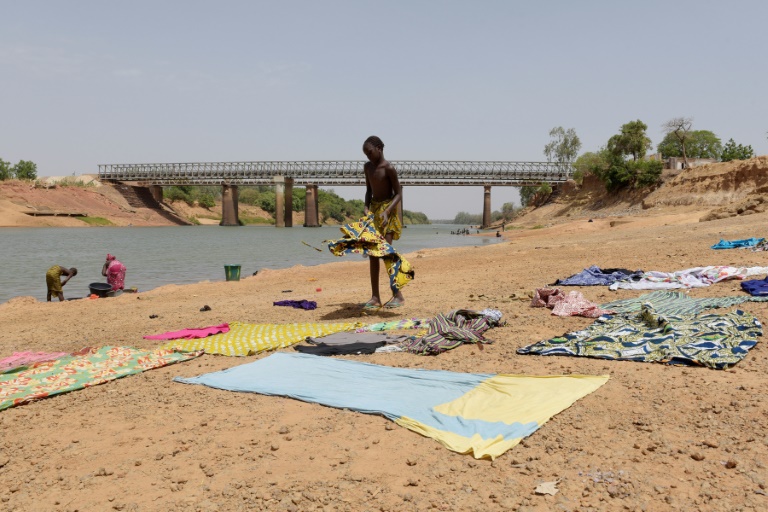 For Senegal’s rural households, up to 73 percent of health-related expenses go on medication and half the overall population has no health insurance coverage

Perversely, piles of perfectly good medication go unused in Senegal, Kane noted — a problem that JokkoSante tackles by organising the collection of unused drugs from people who are awarded points in exchange to obtain other medicines later.

Handing in asthma medication at an exchange point in a health centre in Passy, central Senegal, JokkoSante user Marie Gueye is one of those to benefit.

“My family and I no longer have problems getting medication. All we have to do is come here and collect the points,” she told AFP.

For Senegal’s rural households, up to 73 percent of health-related expenses go on medication, according to JokkoSante research. Half the overall population has no health insurance coverage.

“Our app is used by hospitals, pharmacies and health centres,” Kane said, adding it was still at the pilot stage with 1,500 users so far. People create an account and operate the points system all via their mobile phone.

For those too poor to buy drugs at all, JokkoSante has teamed up with large company sponsors, including phone operator Sonatel, who cover the cost of providing patients with free medicine.

Again, the system operates through a mobile app.

At Diamniadio children’s hospital, near Senegal’s capital, Dakar, Yacina Ba described the fear of coming to the end of the 50,000 CFA Francs ($85, 75 euros) she scraped together to buy treatment and medication for her sick six-month-old baby, finally begging a doctor for help.

“She had rashes all over her arms,” Ba told AFP, explaining how the free treatment sponsorship scheme made all the difference.

A health worker at the hospital, who asked not to be identified, conceded that a lack of specialists meant medics often over-prescribe medication to those able to pay.

This can lead to stockpiles of unused, expired drugs which may then fall into the wrong hands.

“Fake drugs are usually bought by the most vulnerable sections of society,” said JokkoSante’s Kane, who now oversees a small network of pharmacies using his platform, while the government considers a nationwide rollout.

The American Society of Tropical Medicine and Hygiene estimated in 2015 that 122,000 children under five died due to taking poor-quality antimalarials in Sub-Saharan Africa, which, along with antibiotics as the two most in-demand, are the medicines most likely to be out-of-date or cheap copies.

Counterfeited drugs from China and India are awash in west African markets, according to the Paris-based International Institute of Research Against Counterfeit Medicines (IRACM).

And they are often indistinguishable from the genuine item, it warned.

Everything from fake cancer drugs to fake sutures for operations can be found in such hauls.

IRACM is working with MPs on drafting legislation to crack down on trafficking in west Africa, but two innovative companies have already taken the matter in hand.

Sproxil, an anti-counterfeiting start-up established in 2009, works by attaching a scratch panel to drug packets.

Consumers can check their product is the real deal by sending an SMS verification code to the company, which confirms the authenticity.

In the last six years, the firm has had 50 million text messages from customers across Africa and India.

There is plenty of money to be made. The global counterfeit drug market is currently worth around $85 billion, according to IRACM, and the proceeds drive organised crime.

Sproxil’s clients include pharma giants such as GlaxoSmithKline and Novartis, firms which lose millions each year from pirated products carefully stamped with their branding.

“The consequences of ingesting these chemicals can range from discomfort to persistence of the disease it’s supposed to be treating, to death,” Oluwagbemi told AFP.

mPedigree, a Ghanaian start-up with a similar scratch card guarantee, has also been adopted as an industry-wide standard by the Pharmaceutical Society of Ghana, and records data on maps where fakes are appearing.