South Africans may be among Moz insurgents 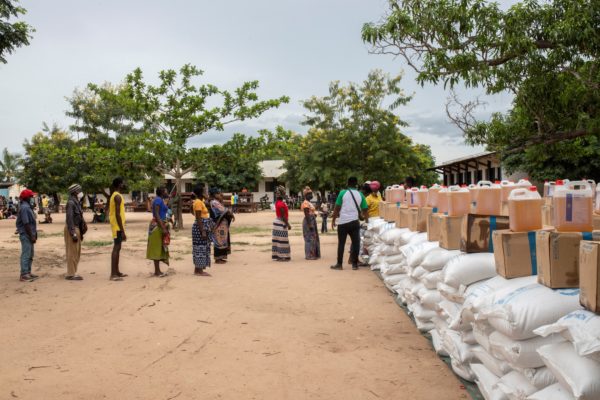 Several South Africans might have been involved in the fatal insurgent attacks in Mozambique last week, which saw dozens of people killed and thousands more evacuated from the Palma area.

The militant attack on Palma last week, a region where a major gas project worth an estimated $60 billion (R900 billion) has been forced to halt work and on construction developments worth billions more.

For the better part of three years, a series of Islamist insurgent attacks have plagued the Mozambican town of Palma, the most recent of which saw dozens lose their lives.

South Africa shares more than a border with Mozambique, however, with reports emerging that South Africans are believed to be among the insurgents attacking civilians.

One such person is alleged to be Renaldo Smith, the suspect-turned state witness in the infamous Tony-Lee and Brandon-Lee Thulsie case.

Institute for Security Studies South Africa senior training coordinator Willem Els says Cabo Delgado is one of the poorest regions in the country, ranked in the bottom 15 countries in the UN Human Development Index for poverty over the past 10 years.

Els said that “quite a few” South Africans had left to fight for Isis in Syria, but with the latest “successes” in Mozambique following years of attacks, he said people tended to flock to the region to join the insurgents.

Els said Smith “jumped the fence after testifying”, with global research and analysis group The Jamestown Foundation reporting he joined a jihadist group in Cabo Delgado, Mozambique called al-Shabaab, now known as the Islamic State in Central Africa Province, in 2018.

Els stressed that with the latest insurgency, there are widespread news blackouts, making such allegations difficult to verify.

However, he said there were “quite a few white people among the attackers”. These included South Africans and Chechnyans.

Els said Cabo Delgado, around 1,660km from Maputo, tends to be marginalised. Despite ruby and gas discoveries, only the elite and foreign investors benefit, with regions such as Palma lagging behind.

Although perceived to be a religiously fueled defensive move to protect Islam, this is but a small cause emanating from decades of Cabo Delgado civilians who are fed up with the social disconnect from the country’s capital city of Maputo.

“The youth have no prospect of work and no investment interest. This creates dissent and a disconnect. Maputo is too distant and can’t deliver.”

Mozambique has some of the highest illiteracy rates in the world, with overall literacy just 47%.

Els said this was not a localised or even sub-regional issue any more and what was taking place in Mozambique was now affecting the entire continent.

Els said the government in Mozambique is adamant about defending its sovereignty and does not wish for any outside troops to interfere just yet.

This means the African Union cannot tell the government what to do and must convince it to force its hand.

“They have a belief they can redress the situation and get on top of it. But we all know you don’t fight terrorism alone. It’s not a localised phenomenon.”

This is the same as meetings being conducted between Mozambique’s government and the Southern African Development Community (SADC).

A recent meeting called for President Filipe Nyusi to provide allies with a roadmap for assistance, which Els said had not yet been done.

However, SADC’s involvement would be costly, as military forces would have to be mobilised. There would also be socio-economic interventions, for which South Africa simply does not have the means.

“Africa has a tendency not to learn from their mistakes. We hope Mozambique looks at what happened in other countries, and uses that information.”

South Africa’s defence department has not yet responded to questions.