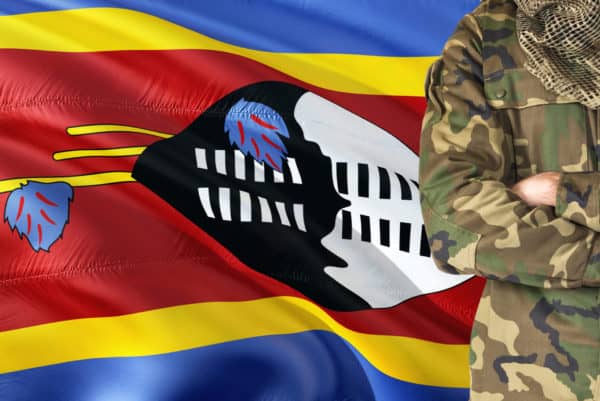 Sanef has pleaded with President Cyril Ramaphosa to mobilise his SADC colleagues to urgently demand the government of Eswatini to adhere to media freedom.

This after the New Frame reported that two of its journalists Magnificent Mndebele and Cebelihle Mbuyisa were assaulted.

The pair were detained and tortured while on assignment in Eswatini on 4 July.

“[Sanef] calls on President Cyril Ramaphosa and his regional counterparts to urgently demand that the government of Eswatini adhere to SADC media freedom protocols,” it said in a statement.

Mndebele and Mbuyisa were in Eswatini to report on the pro-democracy protests with a specific focus on the alleged state murders of citizens.

While in the country, the pair were stopped at roadblocks on several occasions, threatened and forced to delete material from their phones and camera.

Sanef said: “Sanef condemns the detention, assault and torture of Mndebele and Mbuyisa in the strongest terms and calls for international solidarity with all journalists and activists facing repression in Eswatini, and for the immediate restoration of democratic freedoms in that country, including the right to a free press.

“For decades, Eswatini’s security forces have been notorious for their brutality against journalists, trade unionists, students and other pro-democracy activists. The attempts to silence journalists and activists are aimed, among other things, at trying to prevent the scale of the suffering of the people of Eswatini from being conveyed to people outside the country,” Sanef said.

The organisation also condemned the internet blackout in Eswatini meant to silence the voices of the citizenry and inconvenience all.

“Sanef is concerned about the safety of journalists and media workers used as weapons to silence critical journalism covering unrests in Eswatini. We believe that SADC governments should show a stronger political will to protect journalists and independent journalism from preventing the deterioration of media freedom in the region.

“… respect for freedom of the media in Eswatini has disappeared overnight due to the lack of the government conscience to defend human rights. In the last years, we have witnessed an increase in the number of cases of violence and intimidation against journalists,” Sanef said.

Sanef reminded the government of Eswatini of its commitment to media-friendly policies based on the August 1995 SADC Declaration on Information and Communication.

The country undertook to remove systems and procedures that restricted the free movement of journalists, the exchange of news and information and the circulation of media products within the countries and across national boundaries of the countries of the SADC Community.

“We, therefore, call on SADC leaders to embrace the principles of free access to information. We point the leaders to the letter we co-signed with key media partners including the Media Institute of Southern Africa (MISA), the Committee to Protect Journalists (CPJ) and the International Federation of Journalists (IFJ), calling for media freedom to be upheld and journalists to be protected,” concluded Sanef.