The health minister’s enthusiasm for National Health Insurance is matched, in the main, by horror stories in hospitals countrywide.

It is alleged there is a clinic in rural Eastern Cape where patients are required to get a bucket and fetch their own water before they get treatment. No, they don’t fetch the water at a nearby tap but at a stream some distance from the clinic.

At another clinic in the same province, a child with serious burn wounds had to be transported to a hospital 40km away for further treatment. The parents had to hire their own transport to get the child to the hospital because there is no ambulance in the area.

It was eloquently argued the next day by union officials the scary scenes were a result of workers tired of not being listened to. As a result they had taken the most extreme of measures in practically shutting down the hospital.

It had come down to wages versus loss of life, and if Charlotte Maxeke was the only hospital that could save your life, you would become a sacrificial lamb in the workers’ struggle.

National Health Minister Dr Aaron Motsoaledi is a likeable leader, always appearing to have his finger on the pulse of the nation’s health. Indeed, if his likability were a measure of how well the country’s health system was, there’d be no need for concern.

After all, we are now supposed to be in the advanced stages of implementing National Health Insurance (NHI), which will ensure equitable access to health care for all citizens. But the minister’s enthusiasm for the NHI is matched, in the main, by horror stories in hospitals throughout the country.

A month ago Tembisa Hospital was in the news because patients were sleeping on the floors in overcrowded wards. Nurses were using buckets to get hot water from another section.

In North West the health department was placed under administration even before the premier was forced into early retirement by province-wide riots precipitated by, among other things, corruption in the department.

The Life Esidimeni tragedy that claimed the lives of 143 mental health patients in a grossly negligent cost-cutting exercise is still fresh in our minds.

While Qedani Mahlangu took the fall in that tragedy, the signs are there for all to see that the health department is in perpetual crisis, with no clear signs of an imminent turnaround.

The NHI will indeed grant patients from financially disadvantaged backgrounds access to help in institutions they could not otherwise afford, but the truth of the matter is the NHI will not manage hospitals.

Critics of the NHI Bill, which is due to be gazetted by the national government shortly, have always maintained that the labour issues and other systemic problems be attended to before its implementation.

Given where the country comes from it would seem that those critics were simply playing gatekeepers who wanted to deny the disadvantaged proper healthcare.

But when you hear stories of a mother giving birth, being shown her infant and never seeing her baby again, whether alive or as a corpse, it becomes absolutely clear that the department of health is in a state worse than a patient on life support. 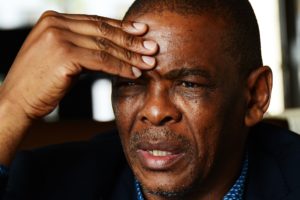