The ANC and DA now support disclosure. Only the EFF remains firmly opposed to the new bill. 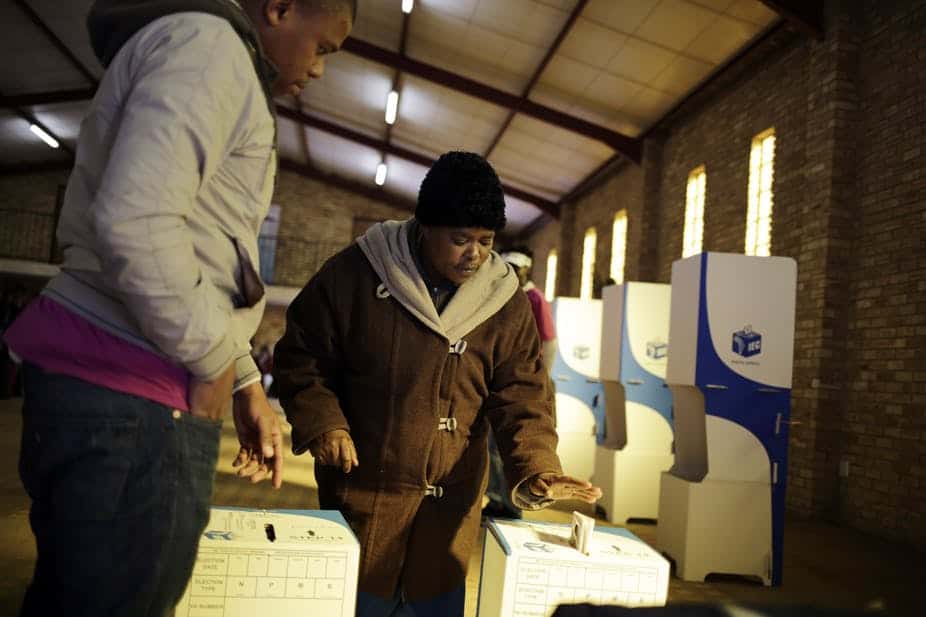 Who funds South Africa’s political parties? The answer has always been shrouded in secrecy – both before and post 1994 when the country became a constitutional democracy.

Legislation to control private funding in South Africa is long overdue for two reasons: its absence opens the door to corruption and citizens need to know who is paying the piper.

The country does have some regulation around public funding, including a law passed in 1997 that governs how Parliament should distribute state funds to parties.

But, worldwide, it’s the anonymity of private funders that creates the most controversy. This is because parties typically spend much more private than public money during election campaigns.

The issue became a serious debating topic in 2003 when the think-tank the Institute for a Democratic Alternative for South Africa (IDASA) began a campaign for greater transparency. Three years later the Institute for Security Studies argued that the absence of enforceable party funding legislation was a threat to the integrity of South Africa’s democracy. The media has also been consistently critical of instances of corruption resulting from the lack of regulation of private funding.

Until recently there was insufficient political will to legislate private party funding. But that’s changing. The Political Party Funding Bill, which has been tabled for public comment, promises to inject much-needed transparency into the upcoming campaigning for the country’s 2019 national and provincial elections.

A recent judgment passed down by the Constitutional Court has added urgency to the push for reform. The court called for the current law to be amended and for a clear policy to be developed on private funding.

In its current form, the Bill would certainly strengthen transparency. Designed to regulate both private and public funding, the Bill proposes that donations from certain groups, such as foreign governments or organs of state, are banned. It also sets out what funding can be used for.

The hope is the Bill won’t be watered down or rendered meaningless before it is passed.

Most of the country’s political parties have historically resisted disclosure. The African National Congress and the main opposition party, the Democratic Alliance, have been particularly unsupportive of change. The DA even went as far as arguing that political parties are entitled to privacy, and that donors to smaller parties should be shielded from a possibly “vengeful” governing party.

Yet transparent governance and multiparty democracy depend on knowing where donations come from. That’s because private contributions to a political party are made in anticipation that the party will advance a particular social interest, policy or viewpoint. A public armed with information about who is providing candidates with the most support is in a much better position to detect any post-election special favours they may be given in return.

But the ground has shifted. The ANC as well as the DA now agree that funders should be disclosed. Only the smaller opposition party, the Economic Freedom Fighters, is refusing to support the Bill.

Public funding – provided by the state and dispensed by Parliament, allows political parties to conduct their daily activities. It’s designed to strengthen their capacity and give them a fair chance of success. It’s also meant to reduce their dependence on private funding.

But how the money should be allocated is controversial.

Under the current system parties get money based on “proportionality” – that is on the basis of their performance in the last election. This meant that in 2015 the ANC got close to R60 million, and the DA R16 million.

Under the current system 90% of the money is allocated based on how many MPs each party has in the National Assembly. The other 10% is distributed among parties contesting in the provinces.

The proportionality approach is fairly universal. But there are problems with it. The most obvious is that it can entrench the dominance of the governing party and make it hard for smaller or newer parties to challenge it.

One way of getting around this would be to make sure money should be distributed in a way that doesn’t prejudice smaller parties.

Private funding is a much trickier proposition because support can come in many different forms and influence can be traded in many ways. For example, indirect funding can take the form of tax exemptions and subsidised access to media.

The proposed law has been praised as progressive, although some have criticised it for requiring disclosure of all private donations of R100 000. This is seen as being too high for the smaller parties.

The success of the Bill will depend on whether it’s watered down before it’s passed, and on how rigorously it’s implemented once it becomes law. Success will also depend on the public’s willingness to monitor party funding and to press for greater disclosure.

The country’s Constitution states that the Republic is founded on the values of “accountability, responsiveness and openness”. There can be no doubt that revealing party funding gives effect to the spirit of the Constitution.