‘Sin bins’ have proved a success in tackling dissent on the pitch during trials in England, but whether it will work in the big leagues remains to be seen. 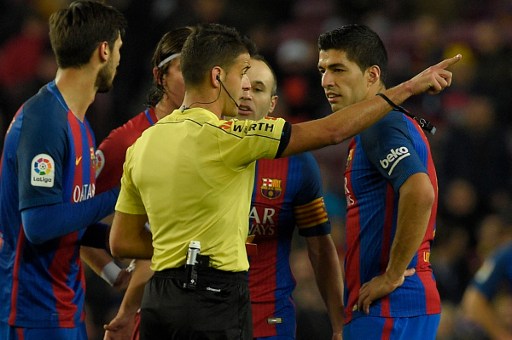 It is one of those intriguing thoughts that England’s Football Association would have decided to start the ball rolling on one of the most significant changes yet contemplated to world soccer among the rough and tumble, fish and chips leagues.

From 2019-20, temporary dismissals – the sin bin which has proved so effective in rugby – will become a permanent feature of the grassroots landscape for all leagues at Step 7 and below in the men’s game as well as Tier 5 and below of the women’s pyramid after limited trials last season.

It is a system – flawed though it might well be, by the human factor – which many would suggest is long overdue; an escape valve for the beleaguered match officials to firmly re-establish some control over a game where discipline is rapidly spiralling out of control.

The limited trials thus far have met the approval of Mark Ives, the FA’s head of judicial services, who is quoted as saying: “I am delighted with the overall response towards last season’s trial of temporary dismissals. While the general fall in dissent across the leagues involved has been fantastic to see, it is the collective sentiment towards the scheme and desire to continue with it that have been particularly encouraging.”

And he backs this up.

On the face of it, these are impressive gains. But you still have to take into account a very relevant pointer. Strong and on-the-second sanctions are a lot easier to impose on players in conditions of an organised kickabout on a ground probably granted them by the local authorities.

Getting this to filter upwards to the strata of overpaid superstardom on the manicured multimillion stadia is a different thing entirely. There is just too much money and too many hyped-up egos among the managements and the players to make this a viable possibility for now.