There are no good guys left in ANC

What did 'the good guys' do to fight state capture while it was happening? What did Ramaphosa do to fight? 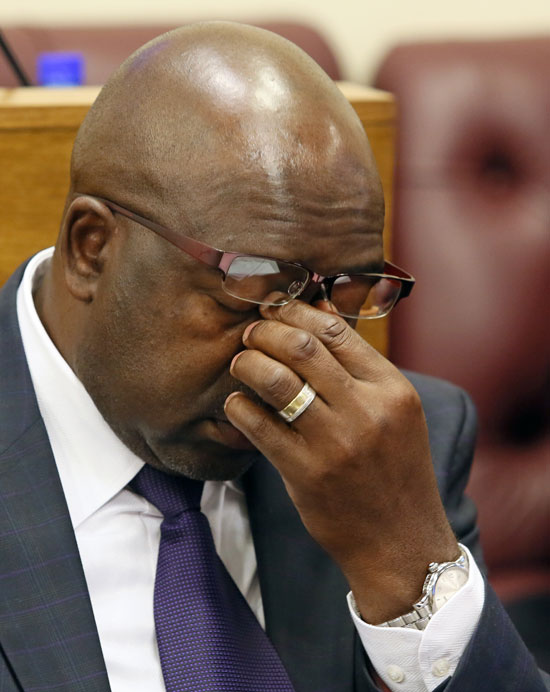 There is a video clip of Dumisani Ntuli, a Black First Land First (BLF) member, captured by a TV news station defending former president Jacob Zuma against allegations of corruption.

In the clip, which went viral, Ntuli alleges that if Zuma is a crook then President Cyril Ramaphosa is corrupt, too, because “they was together in the crook place”.

While the clip continues to be viewed by thousands for its comical side, the happenings at the Commission of Inquiry into State Capture are proving the general message in Ntuli’s comical declaration is true: all these ruling party politicians were together in either ensuring state capture happened, or are guilty of standing by as the looting took place.

When Zuma fired Finance Minister Nhlanhla Nene on the fateful day of December 9, 2016, the nation immediately assumed that Nene must be one of the good guys.

The markets battered Zuma so badly that the ruling party stepped in and forced the president to replace new finance minister Des van Rooyen after just four days in office.

The ANC stepping in to force Zuma’s hand further strengthened the notion that there are still some good guys in the ANC. And Nene was one of the good guys because he stood up to the man the whole country wanted gone.

But on the stand last week, the good guy revealed he, too, had visited with the Gupta family in Saxonwold, several times.

On the sidelines of Nene taking the stand and being caught out in a lie of never having met the Guptas except at official functions, the Mail & Guardian also made some serious allegations that, as head of the Public Investment Corporation, Nene helped his son in securing funds that were used to finance a refinery in Mozambique. And that was when he was deputy finance minister.

His image as one of the good guys now lies in tatters – and it is anyone’s guess how long Ramaphosa will keep him in his current position. Nene did a lot in the stand to explain why he wasn’t part of the state capture project run from Saxonwold, but the serious allegations against him suggest he was busy with another kind of capturing a while before he came forth as one of the faces of the good guys.

The Minister of Women in the Presidency, Bathabile Dlamini, was captured on video in 2016, admitting that “all of us there in NEC [of the ANC] have smaller nyana skeletons”, publicly admitting the entire leadership of the ruling party is compromised in one way or another.

Were it not for the comical nature of these declarations they would be seen for what they truly are: tragic.

Tragic because with each passing day, the benefit of doubt that we afforded some section of the ruling party becomes minuscule.

When Nene gives details of the sequence of events surrounding his firing, it becomes clear that at some point the whole Cabinet took part in meetings that sought to push through the nuclear build project, while he was excluded from the decision-making.

The biggest question that must be asked is not about Zuma and those who did his bidding, it is about those regarded as the good guys.

What did they do to fight state capture while it was happening? What did Ramaphosa do to fight?

Without any clear answers we have no choice but to agree with Ntuli: “They was together in the crook place.”