It’s in Gauteng that democracy will require the EFF and FF+ to forget their ideological stances and keep the ruling party true to its promises. 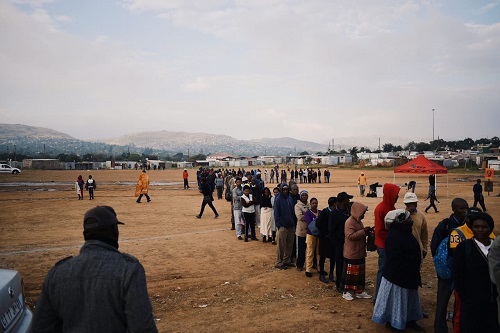 Democracy works in mysterious ways. In a poll that many observers agreed would return a fractured ruling party to power, there are a lot of positives that came with the results.

Yes, the general feeling might be that a bunch of corrupt individuals have been returned to power to continue plundering the public purse, but there’s also a positive view.

The only two parties to gain a significant number of seats in national parliament in these elections are the Economic Freedom Fighters (EFF) and the Freedom Front Plus (FF+). There couldn’t be a pair more diametrically opposed, yet they both achieved huge gains.

The 2016 local government elections saw the EFF working together with the Democratic Alliance (DA) to keep the ruling ANC out of power in the Port Elizabeth, Tswhane and Johannesburg metros.

If a year before 2016 anyone had suggested the DA and EFF would work together, they would have been referred to a mental institution for assessment. Yet, hardly a year later, they had banded together to keep the ANC out of power.

There’s nothing that suggests that the EFF and FF+ will work together anytime soon, but the truth of the matter is they have a proverbial common enemy in the ruling party.

Racially they represent two groups of voters that would vote together on a matter of common interest, with one group wanting to expropriate land without compensation and the other wanting to hang to the very same land, yet democracy has placed them together in a common pool. In their opposition to the ANC, they might have to vote together to keep the ruling party in line.

The most curious thing about the EFF and FF+ is that it’s probably the fear of an increased election showing by the EFF that drove mainstream voters who used to vote for the DA to throw their lot in with the more conservative FF+.

Yet, the mysterious workings of democracy will ensure that they work together to rein in the ruling party, especially in national parliament.

President Cyril Ramaphosa is well aware that the mandate given to the ruling party this time around is a provisional one. It is one that comes with an ominous warning: deliver or else.

That the ruling party hung onto Gauteng by a mere decimal point is enough of a warning. The people of Gauteng nearly delivered the province into the hands of the opposition which would have seen South Africa (and Africa’s) biggest economic hub lost to the ANC.

It’s in this province that democracy will require the EFF and FF+ to forget their ideological stances and keep the ruling party true to its promises of running a clean government.

It’s easy to view these election results from the despondent point that the promised “new dawn” might be an illusion, but democracy has handed the opposition parties a mandate, too: work together more effectively and if you deliver on that mandate and the ruling party continues down the road of corruption and maladministration, then your rewards will be huge in the 2021 local government elections.

Cyril and company know that it cannot be business as usual because they have seen that democracy works in mysterious ways.