Morocco’s renewables: A lesson or two for South Africa

Morocco is on track to have between 60% and 65% of its electricity produced from renewable by 2030. 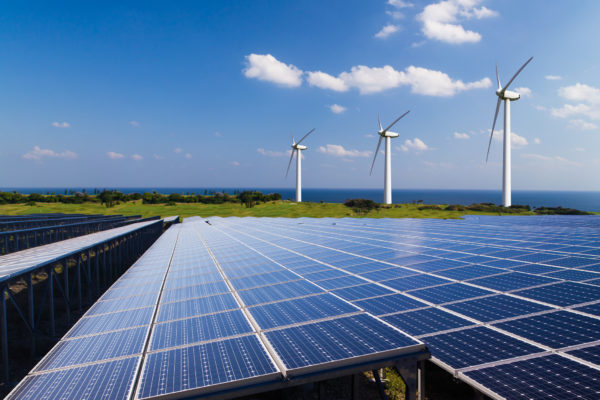 While South Africa is grappling with finding the best way forward on transitioning to renewable energy, Morocco is championing Africa’s green revolution with country even enshrining the right of access to sustainable energy in its constitution.

South Africa having among the best constitutions in the world fell behind Morocco on such a crucial human right guarantee. But the two countries that literally sit almost poles apart geographically on the continent, could share notes with South Africa to benefit more than Morocco in the process.

Consider that Morocco, North Africa’s largest energy importer, is on track to have between 60% and 65% of its electricity produced from renewable by 2030 and South Africa, despite having an abundance of renewable resources for its energy self-sustenance, hovered below 30% if not far down the list.

Besides it has one of the largest concentrated solar power plants in the world with the Noor Ouarzazate complex extending over 3000 hectares.

“The country encourages private investment, sets long term targets and even enshrined the right to sustainable development in its Constitution. But experts say there is still room to improve,” the WEF report said.

Currently Morocco continued to rely on coal, oil, and gas imports for most of its overall energy needs.

Presently South Africa depends on coal for its electricity generation and not much on sustainable power generation and issue that put it on a collision course with clean-energy-and-less-emission advocates.

The fact that it is wedded to coal is seen as the reason of its reluctance to make the hard choices to enable less emission environment that goes with sustainable development that expert Prof Mzukisi Qobo alluded to in his recent Mail &Guardian opinion piece.

With the United Nations Climate Change Conference or COP26 underway in Glasgow, Scotland from Sunday, the contribution of each country to reducing carbon emission or alternatively to adopt green energy, would be a point of focus going forward.

During and post the conference, countries would be under pressure to increase their investments in renewable energy resources.

It would also begin or even accelerate the countdown towards the global switch-over to renewable energy and sustainable development especially with no major resistance to the climate change debate since the United States came on board with Joe Biden in the White House.

Other emitters like China and India and others had not been as vocal as the US under Donald Trump in opposing climate change – a move symbolised by America’s pull out from the Paris Agreement on climate change.

As one of the leading economies in Africa, South Africa participation in the green revolution would be watched keenly not only by the continent but the international community as well.

It better chase after Morocco if it is to remain a serious socio-political  ‘big brother’ and the continent’s influencer.

Only recently had state power entity, Eskom, committed to developing renewable energy and contemplating building related resources as the beginning of its move away from coal.

It’s not difficult to guess the closure of a number of coal mines in Mpumalanga province had forced this rethink.

Eskom only signed a memorandum of understanding with its main coal suppliers, Exxaro and Seriti Resources recently which committed them to develop solar energy projects.

This arrangement would see these miners erecting solar photovoltaic panels at their plants and some sites at Eskom.

However, that’s still a long way to fully operational renewable energy supply set up and therefore massive carbon emission may be with us for some longer time.

As stated above, the lessons that South Africa could learn from the Morocco example particularly on clean energy and sustainable development and result economic growth are enormous.

Getting with the programme on sustainable development is not a question of just being first, but avoiding the stampede in the rush for economic spinoff flowing from this.

The advantage of joining before the space is overcrowded is to be able to learn the tricks of the game and knowing all emergency escape routes in case of an unforeseeable crisis that may emerge. This is where Morocco is.

With its fast move, Morocco stands to reap, along with pioneer nations in sustainable growth, the initial economic fruits of the renewable energy changeover.

The plan was designed to enhance the country’s ability to adapt and accelerate its transformation towards a low-emission economy.

The national climate policies envisaged in the plan would be implemented at grassroots level while promoting innovation to respond to climate change. Skilling of the youth, training and job creation are part of the plan.

Already contributing to projects such as electrification, irrigation, and infrastructure in other nations on the continent, as potential leader in sustainable development, Morocco is bound to become a role-model to other African countries when it comes to renewable energy and pursuit of sustainable development and economic growth.

Many countries in Africa particularly in the sub-Sahara, are under-resourced and ruined economically.

This made Morocco’s commitment to African solidarity even more important and its renewable energy direction a new avenue for continental co-operation and one to emulate by others.

It’s time for South Africa to take greater leap forward in renewable energy considering its current Covid-induced economic crisis, the need for clean environment and energy needs of its ever increasing population, particularly the poor.

UCT urged to 'de-coal-inise' by divesting from fossil fuels
3 days ago
3 days ago
PREMIUM!

UCT urged to 'de-coal-inise' by divesting from fossil fuels
3 days ago
3 days ago
PREMIUM!