SA maintains a diplomatic office in Taiwan, so it doesn’t seem credible for the ANC to say the mayor of Tshwane should lose his passport, says international relations expert. 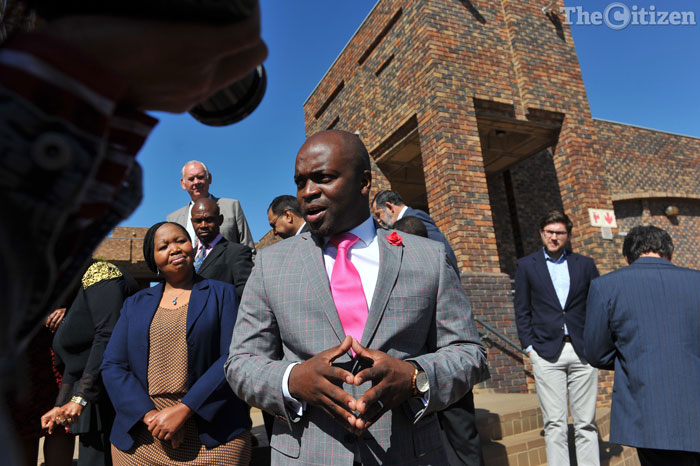 The ANC’s call for Tshwane mayor Solly Msimanga’s passport to be confiscated after he visited Taiwan last month lacks credibility, according to an expert, because while the South African government claims not to recognise the former Chinese territory as a state, the two governments have an existing diplomatic relationship.

The DA’s Msimanga recently roused the wrath of the ruling party after being invited on what he called a business and investment trip to Taipei.

He claimed the visit was aimed at exploring business prospects for Tshwane. The ANC claimed the trip was in contravention of foreign policy, as well as the constitution. The party, however, has yet to point out if a law was broken outright.

“It’s a bit of a conundrum, because South Africa maintains a diplomatic office in Taiwan, so it doesn’t seem very credible for them to say that the mayor of Tshwane can’t be there,” said international relations expert Tom Wheeler.

“Taiwan has an office in Pretoria, a Taiwan liaison office, so there is some form of diplomatic relations, not very formal, but it is existing. It is very difficult for them to climb into the mayor of Tshwane when both sides have representatives and there are talks with that government.”

Shortly after the ANC expressed its outrage, the department of international relations and cooperation (Dirco) released a statement on Monday echoing the ruling party’s view that the visit was against policy and “regrettable”.

It said foreign visits must be coordinated and seek to advance South Africa’s foreign policy and national interests.

“The department was made aware of the visit and advised mayor Msimanga not to undertake the visit as it would constitute a breach of our One China policy … in a move that is highly regrettable, mayor Msimanga disregarded Dirco’s advice.”

Although not prohibited from going, Msimanga was advised by the department against embarking on the trip. He insists he was not there to visit the Taiwanese government, but was there at the invitation of Taipei mayor Ko Wen-je.

As of 1983, Tshwane, then known as Pretoria, has been listed as a sister city of Taipei.