No matter how dangerous the route is, border jumpers try their luck daily on the bridge and fences. 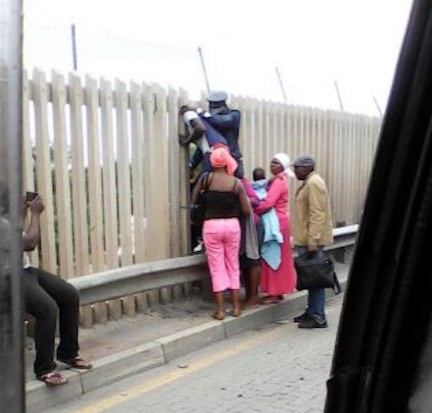 The festive season is over and, for a large number of Zimbabwean foreign nationals, it has been a nightmare coming back to South Africa, especially if their documentation is somewhat bogus. 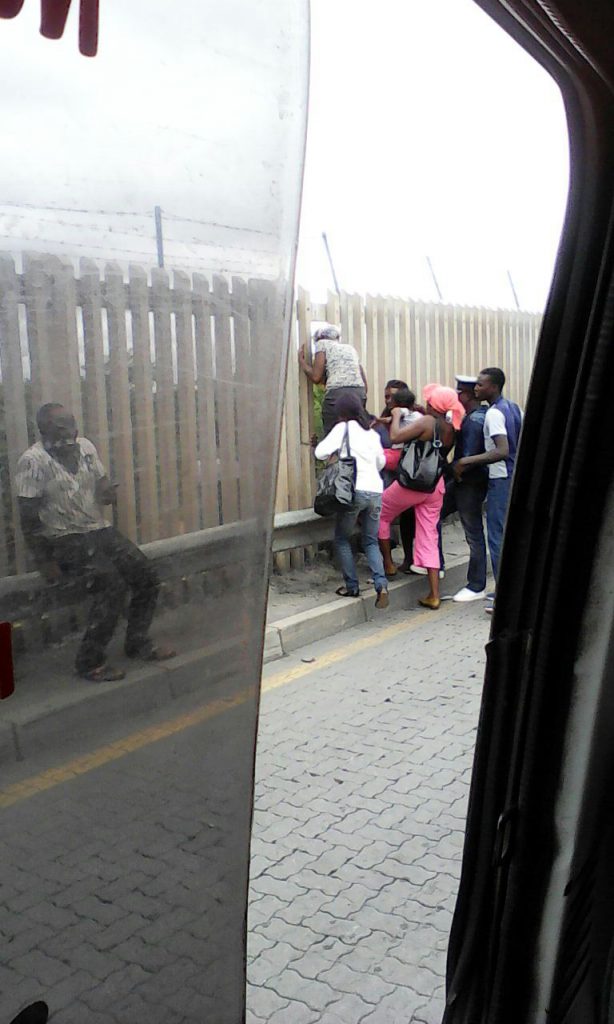 The leeway found on the bridge.

The Beitbridge border post has tens of thousands of people crossing to and from South Africa legally, but it’s also known for many illegal crossings.

Jumping the river is something many try, but the Limpopo River is now full, with an exceedingly fast current after recent heavy rainfall. Its banks are swollen and one of the few ways to overcome this river illegally is to use the trusses under the bridge.

The so-called gumagumaz or impisi (names given to the border jumper helpers and thieves operating there) always find a way.

Damage has been done to the concrete pillars mounted on top of the bridge (30 metres before the SA side’s foot-and-mouth point) to gain access to the trusses. The pillars have been removed in places and the fence cut, leaving dangerous gaps for the magumagumaz, who also use them to rob pedestrians crossing illegally and legally at this point.

Border police and the army usually have a tight patrol within half a kilometre of the border, but less so just a little farther out.

The Citizen spoke to some of those about to jump the border: “Here it is not that dangerous because l can’t swim and the river is too full down there; I might be taken by the waters or eaten by the crocodiles.”

A woman unstrapping a five-month-old baby so she could gain entry with the infant said: “I need to go back to work and this is my way out; whatever happens out there, only God knows my problems. l chose this way before and l was tired of the situation in my home country, Zimbabwe.”

With her child, she then made her way down the hilly side of the bridge, which is 30 metres high.

The bridge was congested with buses, trucks and cars, and the officers at the SA side’s foot-and-mouth gate seemed not to know that the jumpers had hit a little jackpot of illegal entry. But then an immigration officer wearing reflectors came running to stop them. He was too slow, as some managed to squeeze through before he got to them, while others retreated and hid themselves behind the vehicles stuck in the traffic on the bridge. 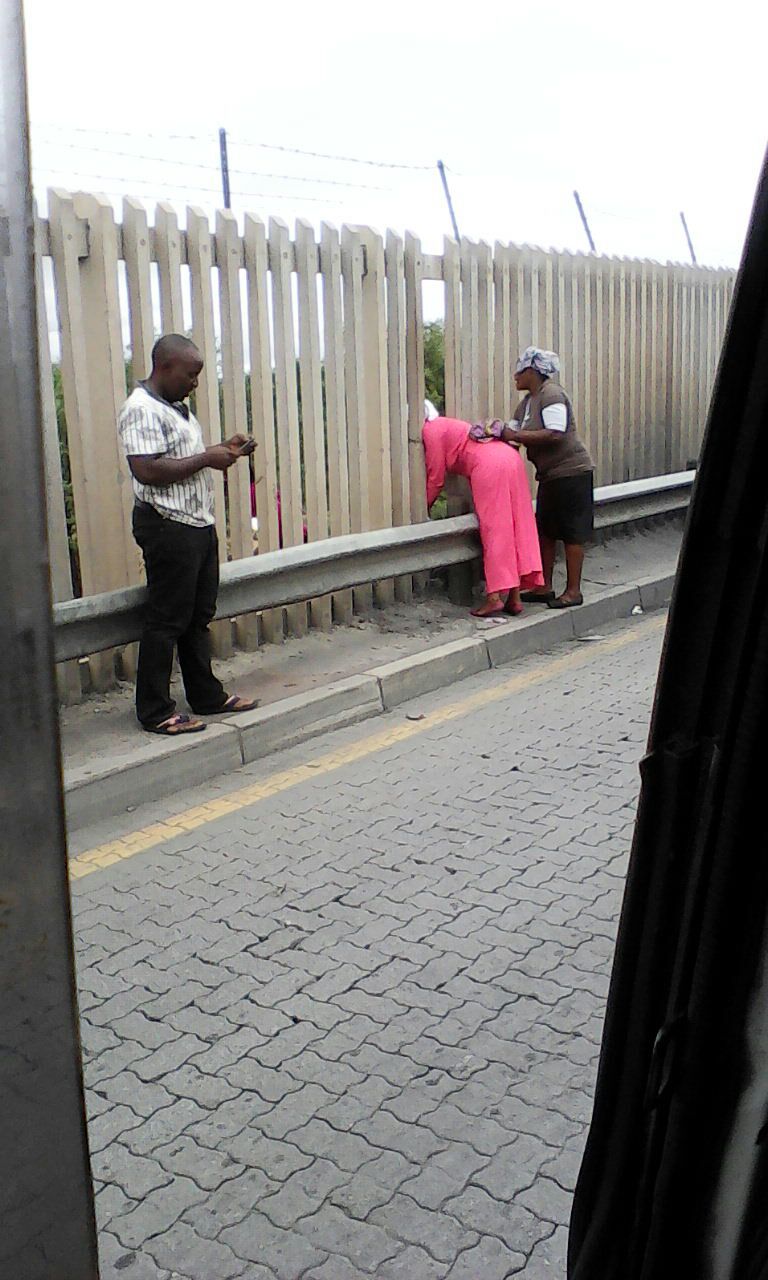 A man who was passing by later told The Citizen: “That immigration officer returned to the foot-and-mouth point and brought back police officers who asked passengers who had passed the illegal entry point: ‘Who was taking photos and videos? Delete them now or hand over your phones.’ No one responded and they started asking people seated in these vehicles to hand over their phones so they could search for any photos of illegal immigration.

“As soon as they turned their backs, a large number came back and made their way in – more than 40 people with children and some infants made it through,” said the man.

What is happening at the Beitbridge border post is dangerous and potentially deadly.

This image of border jumpers stuck next to the river bank in Zimbabwe has been circulating on Facebook.

Some of the border-jumping “helpers” charge for their services – from as much as R1 200 up to R3 000 per entry per person.