The former radio and TV personality was accused on Facebook of hitting his ex-wife following his announcement to run for the DA. 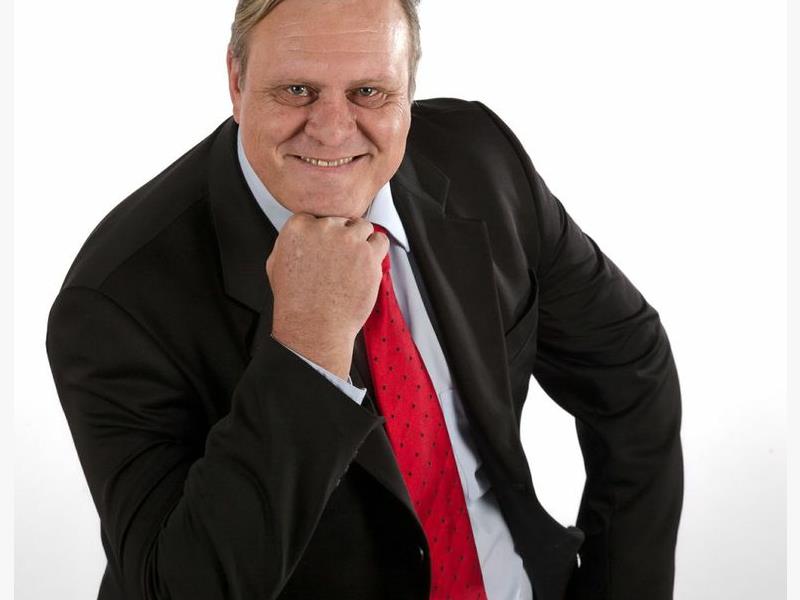 Broadcast veteran Jeremy Mansfield has responded to the barrage of criticism he received on social networking site Facebook earlier this month after he announced that he would “run for the Democratic Alliance (DA) in the 2019 elections”.

The drama all started last week Monday when the former radio and television personality took to Facebook to make the announcement. He said after years of “badgering” by his former school friend, Ross Purdon – DA member of the Eastern Cape provincial legislature – he was convinced to run for the official opposition in the next elections.

“Belated New Year greetings. May 2017 bring blessings to our country, its people and animals. I will be trying to make my contribution. After years of badgering my schoolmate Ross Purdon [MP] has finally convinced me to run for the DA in the 2019 elections. So the work starts now!” Mansfield said in his post.

His public declaration was later followed by a flurry of mixed reaction from his followers. Though some were thrilled by his decision, others were critical and accused him of being a wife-beater and using his celebrity status for political gains.

He wrote: “Wow! Amazed at some of the accusations and vitriol posted on my site after my last post saying I had agreed to run for the DA in the next election. I have been accused of wife abuse, entering politics for financial gain and been told I am not a pleasant person for a variety of reasons. And that’s before I’ve even gone into politics! I am already starting to grow my thick skin, because when I am there I will be even more vocal …”

The story was picked up by several online publications who reported on the alleged abuse claims against ex-wife Cornelia Agnes Schulz.

His ex-wife has subsequently attested to how she was never beaten. 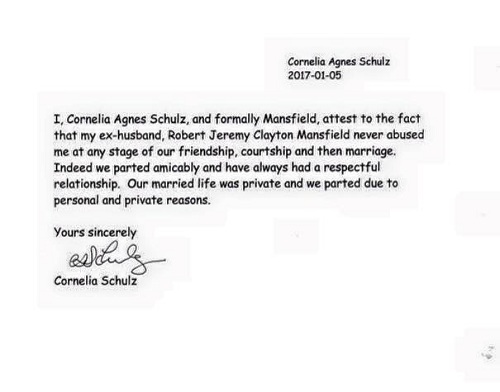 The 53-year-old was clearly taken aback by the massive criticism and abuse; he said he had already started to grow some “thick skin” and knows his critics would be even more vocal as he shifts from the mic to the political terrain.

In a letter published by BusinessLIVE on Thursday, the former 947 radio host criticised the media for being unbalanced in its reporting of the story.

He particularly took a swipe at an article published by TimesLIVE recently which reported that he got “lambasted over his political ambitions”, saying the accusations in the story were unsubstantiated and incorrect and libelous.

“Sir – while I respect the media’s rights of access to social media and usage of them, I do feel the coverage should be balanced.

“I announced, via my Facebook site, my availability to the DA for the 2019 elections, which still has to be confirmed, as I will go through the selection process, as would any other citizen.

“One person on my social media platform accused me of being a wife beater. Your publication and the Times Media Group [publishers of TimesLIVE] used that single post to claim I had been ‘lambasted’ for an unsubstantiated and incorrect, libelous accusation,” he said.

He also denied that he physically abused Schulz, saying she was “equally incensed” by the allegations.

He since then posted the above response from her denying the claims.

“I understand entering politics exposes you to criticism, which I have had for years and accepted in my time in the media, but believe social media fabrications, founded on no foundation, should be corrected through a simple post in your medium, such as this one, to rectify an accusation which can potentially ruin an individual’s credibility,” he said.

Though it is not yet clear which role Mansfield will assume in the DA, he recently told YOU magazine he was in talks with the party.