The EFF believes the DA showed tacit support for Israel's 'apartheid practices' when Mmusi Maimane paid the region a visit this month. 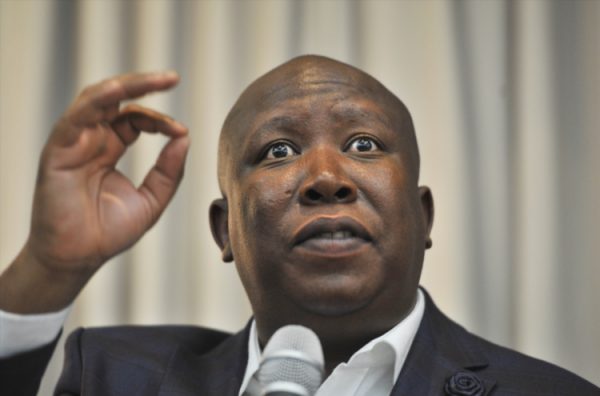 On Monday morning, speaking at a press conference in Johannesburg, leader of the EFF Julius Malema took a swipe at DA leader Mmusi Maimane for the latter’s recent visit to Israel.

Malema says he doesn’t understand why people have been complaining about the visit, because, apparently, it “exposes them [for] who they are”.

“So when people are giving you their true colours, you want to complain. That’s who they are … apartheid mentality and relations with those who subscribe to apartheid practices.”

He attributed the Israel visit to the DA’s “apartheid mentality”.

He reiterated: “We will never go to Israel. The offer came, by the way, on many occasions [for us] to go to Israel. We said ‘we’ll never go to the country of murderers who have taken over the Palestinian land in the same way occupants have occupied our land here’.

Malema also lashed out at the ANC and President Jacob Zuma for housing the Israeli Embassy in South Africa. He criticised Zuma for failing to support boycotts aimed against Israel.

“That’s why the Palestinian question will take forever.