Jose Cuervo argued that the use of its trademark by its competitor Il Corvo was likely to create unfair advantage or be detrimental its reputation. 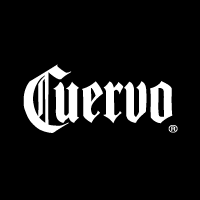 The Mexican company behind the world’s best-selling tequila, Jose Cuervo, has lost its bid to stop the registration of the trademark for a wine called Il Corvo.

The tequila manufacturer, which owns the trademarks Cuervo and Jose Cuervo, as well as the raven depicted on some of their products, maintained the proposed Il Corvo mark was likely to deceive or cause confusion because of the mark’s similarity to their registered trademarks.

The company argued that the use of the Il Corvo mark was likely to take unfair advantage or be detrimental to the distinctive reputation and character of the Jose Cuervo trademarks and products.

Acting Judge DP de Villiers dismissed the application with costs. He said the court had to consider the alleged infringing mark globally, based on the overall impression given by the marks.

The court had to transport itself from the courtroom to the marketplace to look at the two competing marks as they will be seen in fair and normal commercial use.

The proposed Il Corvo trademark did not globally resemble Tequila Cuervo’s trademarks and were visually and conceptually different. The differences between the marks were stark, the judge said.

He said although there was a similarity between Corvo and Cuervo, the overall impression given by the marks based on their distinctive and dominant components were not so similar that it would cause confusion.

He said it was extremely unlikely that the notional consumer would know that “corvo” and “cuervo” both mean raven in different languages.