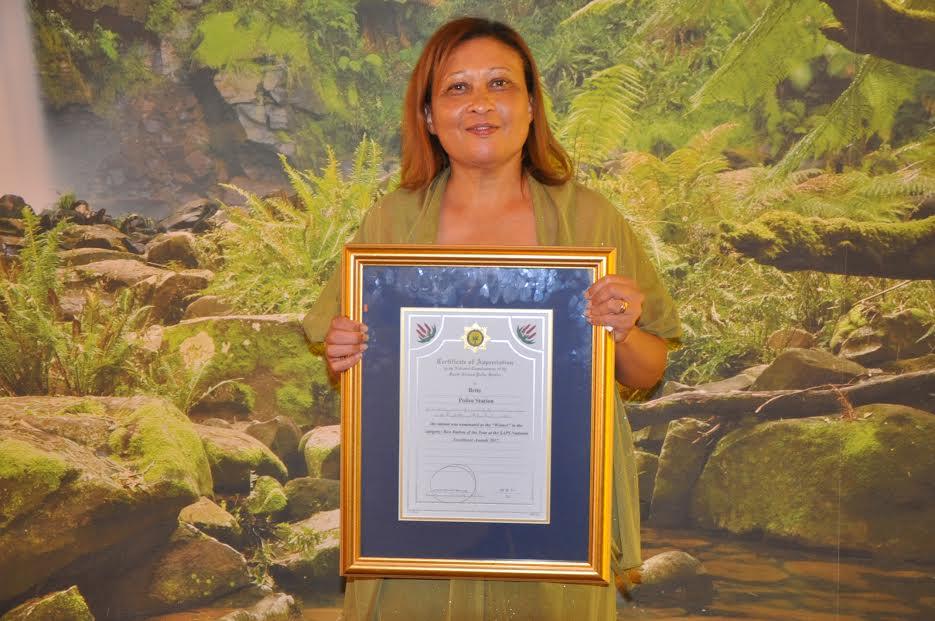 The success of the station was deeply rooted on the officers’ attitude when confronted with problems. “It is how you look at the problem; it is whether the glass is half empty or half full. We are confronted by various challenges but we manage to overcome many obstacles.”

She said she encouraged police officers to come up with ideas to combat crime and that had resulted in greater motivation among police officers at the station. The station managed to reduce contact crime by 11 percent and other serious crime decreased by 10 percent, as opposed to the set target of two percent decreases.

The station was earlier rated the best in North West with 92.86 percent and received a five star grading. Police officers at the station were highly motivated and disciplined. In the 2015/16 financial year a total of 3304 people were arrested by Brits police officer.