The league has used the Gauteng ANC leaders' own words against them in calling for Makhura to 'listen to his conscience'. 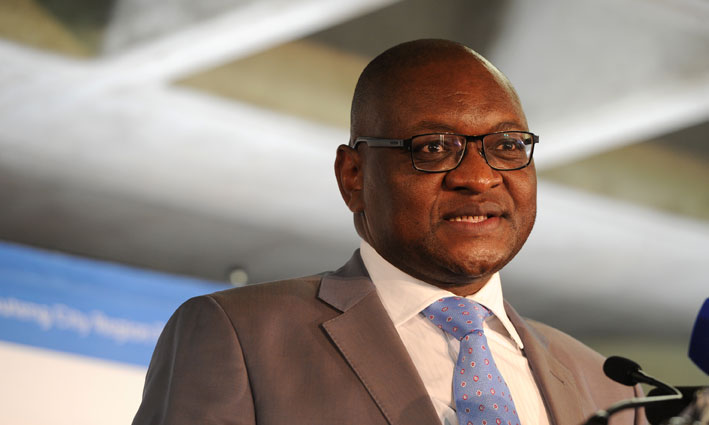 Divisions between the ANC Youth League (ANCYL) and its mother body in Gauteng were laid bare on Thursday following the sudden resignation of health MEC Qedani Mahlangu.

The ANCYL, seen as part of the pro-President Jacob Zuma faction, is gunning for the Gauteng premier and ANC provincial deputy chairperson David Makhura.

On Thursday, league provincial chairperson Matome Chiloane appealed to Makhura to listen to his conscience and resign.

“Makhura must account for the deaths of 94 patients. He must resign immediately so that the ANC can replace him,” Chiloane said.

Previously, the ANC in Gauteng appealed to Zuma to “listen to his conscience” and resign following the Constitutional Court ruling on the Nkandla scandal last year.

The call for Makhura to resign came after the release of the health ombudsman Professor Malegapuru Makgoba’s report into the deaths of 94 psychiatric patients last year.

The patients, who died in NGO facilities, were transferred to the NGOs after the cancellation of the government contract with Life Esidimeni.

The youth league also called on the ANC to take disciplinary measures against Makhura and Mahlangu for misrepresenting the values and principles of the party.

In Chiloane’s view, Mahlangu, who is politically powerful, should have been fired a long time ago because she presided over a department beset with problems.

But the Congress of the People (Cope) would hear none of this.

They said the call for Makhura to resign or be fired is nothing else but ANC faction infighting. Makhura and many other top ANC Gauteng provincial leaders have long been openly opposed to Zuma, while the youth league consistently supports Zuma and those aligned with him.

Cope spokesperson Dennis Bloem said if the league’s demand was genuine and honest, they must demand Zuma and his entire government should also be fired.

“The buck stops with Zuma,” Bloem said. “We are not surprised that the Gauteng ANCYL is coming with this selective demand.”

The Democratic Alliance (DA) also weighed in on the matter, saying Mahlangu was protected until it became inevitable that she would have to resign.

“There was no need to wait for the findings of the health ombud’s report as there was enough evidence for everyone to see that things had gone disastrously wrong,” DA Gauteng shadow health MEC Jack Bloom said.

“Makhura was quick to remove former sports, arts, culture and recreation MEC Molebatsi Bopape in October 2015 before there was a forensic report on corruption in her department. He had no compunction in acting swiftly to remove Bopape in a far less serious matter because she was not a political ally.”

“Makhura cannot escape accountability for the horrifying deaths,” Bloom said. “He should have acted decisively last year when it was first disclosed that 36 patients had died.”

Bloom said the appropriate political accountability would be for Makhura to resign as his poor judgment and inaction had led to more deaths than those who died at Marikana.

“Makhura has failed in his duty, exposing the reality that the ANC in Gauteng is like the ANC that refuses to hold President Jacob Zuma and others to account,” Bloom said.